Who Wore It Better: Woolrich or Prather?

While browsing Vrij Nederland's database of Dutch editions of crime fiction novels, I noticed that the cover to the 1960 UMC edition of De dodd danst rock 'n roll (originally titled Dance with the Dead) looked remarkably familiar. And comparing it to my shelves, it does indeed use the same Barye Phillips artwork that originally appeared on Gold Medal's 1957 third printing of Cornell Woolrich's Savage Bride. See for your self and ask the question, "Who wore it better—Woolrich or Prather"? 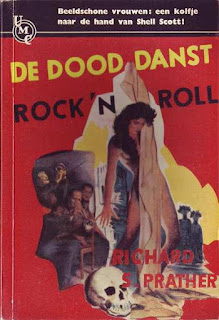 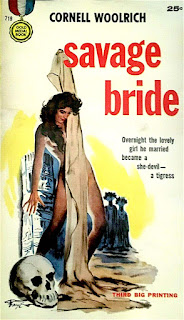