Brian Garfield on Words and Writing 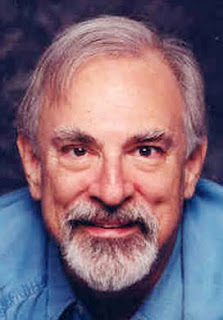 In 1973, Brian Garfield published his "Ten Rules for Suspense Fiction" in Writer's Digest. John Grisham famously claimed that he used Garfield's advice as the foundation for The Firm. The full article is available at The Big Thrill, but below I have posted Garfield's last two rules which made the biggest impression on me.

I like that Garfield says, "There is no such thing as a dead genre because the human imagination is limitless." The heritage of genre can, at times, seem intimidating (at least to me), but Garfield reminds that even within established forms there are always new alleys to walk down. Prime examples within Garfield's own work include his innovative take on the kidnapping plot in What of Terry Conniston?, the Navajo Highway Patrolman Sam Watchman in Relentless and The Threepersons Hunt, and the Western revenge-picaresque in Tripwire.

The other point that Garfield makes which I like is: "Don't write into a genre for which you have contempt...If you thoroughly enjoy sea stories --- even if you don't know a thing about nautical life --- you're better off attempting to write a sea story because you'll go into it with enthusiasm." It might be obvious, but sometimes we forget the obvious things. As I gear up to write some new stories this summer, this advice is going to be important for me.

And now, on with Garfield's words of wisdom:

Don't rush in where angels fear to tread.

I admit this one is a catchall. Essentially I mean that it is wise to observe not only what the pros do, but also what they avoid doing. The best writers do not jump on bandwagons; they build new ones.

The pro doesn't write a caper novel about the world's biggest heist unless he's convinced he can write an unusual story with a unique and important twist. Otherwise he risks unfavorable comparison with the classics in that subgenre. "Why bother with it if it's not as taut as Rififi and not as funny as The Hot Rock?"

Yet this should not be taken to mean every writer must obey faddish advice, such as "Spy fiction is dead," or "Historical novels are out this season." There is no such thing as a dead genre because the human imagination is limitless, and there is never a dearth of new ideas, new twists, new talents.

The question is, "Is this idea strong enough and important enough to make the story sufficiently different from its predecessors to merit publication?" If a novel is good enough, it will find a publisher whether it is a hard-boiled detective story, a western, a spy novel, a historical adventure, or a novel about bug-eyed monsters from Mars. If it isn't good enough, the publisher may reject it by saying that such novels are out of style, but this is merely a euphemism.

Don't write anything you wouldn't want to read.

This one sounds self-evident, but I've met several young writers who decided they wanted to start out by hacking their way through gothics or westerns, just to learn the ropes, because those categories looked easy to imitate. Nuts. I f you start out that way, you'll end up a hack.

Now if you like to read westerns, then write a western. But don't write into a genre for which you have contempt. If you don't like gothics but insist on writing one, your contempt will show; you can't hide it. I don't say you can't sell books this way; God knows people do, all too often. But if you thoroughly enjoy sea stories --- even if you don't know a thing about nautical life --- you're better off attempting to write a sea story because you'll go into it with enthusiasm.

Email ThisBlogThis!Share to TwitterShare to FacebookShare to Pinterest
Labels: Brian Garfield, On Words and Writing