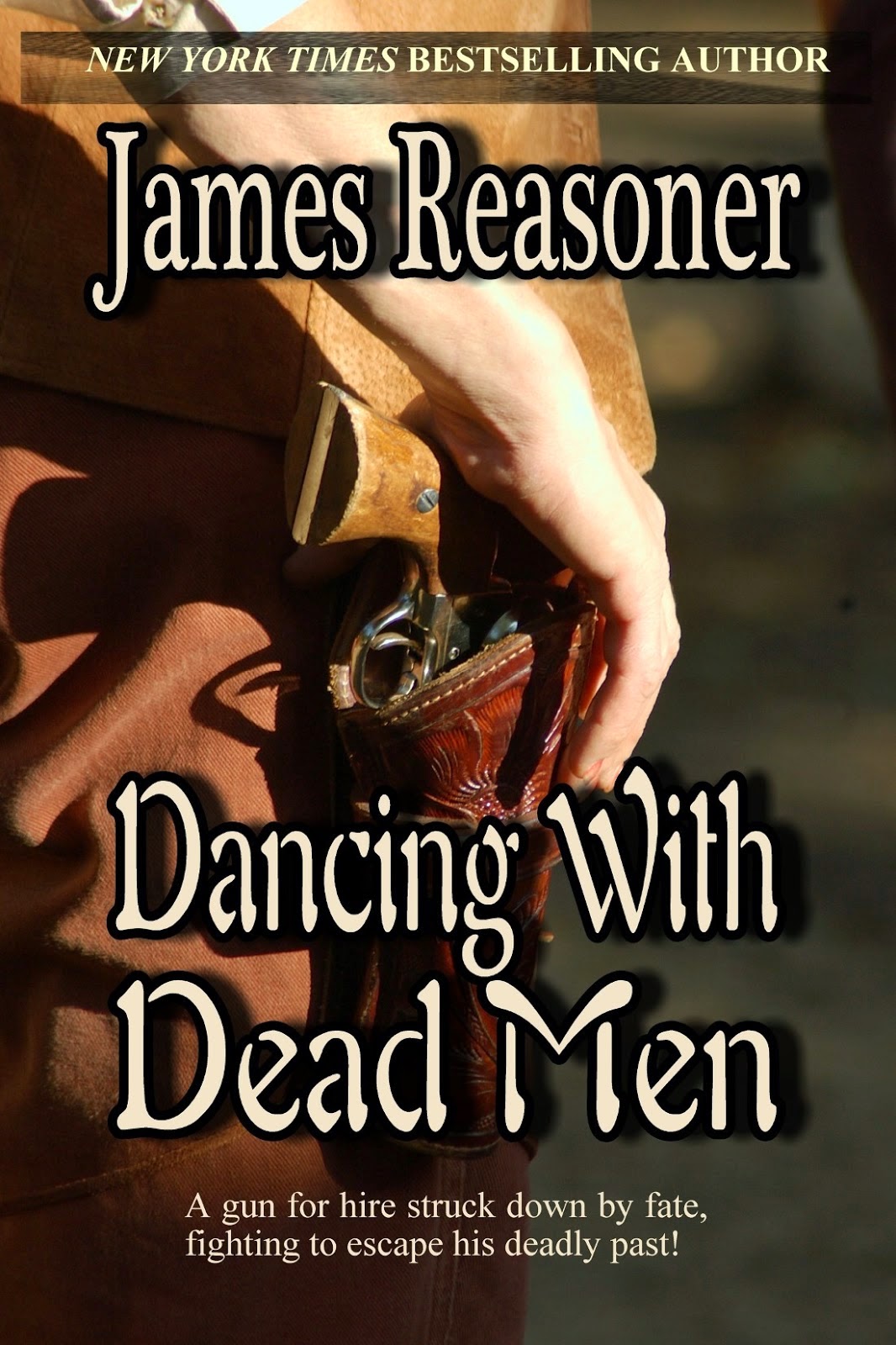 Logan Handley, Reasoner’s protagonist, is no fast-draw he-man; instead, like John Bernard Books in The Shootist, he’s an all-too mortal being whose toughness is matched only by his fragility. Whereas Books is dying of cancer, Handley’s ailment is “infantile paralysis,” the result of a bullet wound suffered during a courageous act that stopped a robbery and prevented a public massacre. Having regained only partial movement, Handley heads to a hot springs facility in Arkansas where he hopes to recover fully. Robbed of his money en route during a train holdup, Handley arrives in Arkansas nearly broke, and he takes work sweeping a barbershop by day and tending bar by night. Bad luck seemingly follows Handley, as the bank is held-up just as he is depositing his money. This time, however, he fights back. Handley’s new-found fame lands him a job as security for a lumber magnate caught in a violent dispute over territory—but it also brings back his past, as well as an old enemy with a score to settle.

One of the major themes of the western genre is “the death of the west.” For Reasoner, however, the theme is more than just an historic inevitability: Dancing With Dead Men investigates what happens after the blaze of glory, after the ride-off into the sunset, and after the bullets stop flying. Handley’s curse is to live with the injuries suffered in the opening showdown. His “infantile paralysis” is cruelly ironic—not only is he debilitated by an illness that typically afflicts only children, but he is humbled by the confrontation of his own vulnerability and physical limitation.

Dancing With Dead Men's plotting is perfectly timed—alternating between the action-mystery of the timber feud and the more personal story of Handley's recovery—and Reasoner's prose has never been finer. Lines like this remind of the bleak poetry of Clifton Adams:

“The cold was gone and so were the hands holding him, along with everything else except the night's blackness. It closed in around him. Logan didn't mind at all. He welcomed the oblivion.”

Reasoner’s prose also extends in the opposite direction, showing a flair for pure pulp action that rivals Spillane.

“Logan aimed the Walker at the surviving guerrilla's face. Even though it didn't seem possible they could, the man's eyes bulged out even more as he opened his mouth to beg for his life. Logan pressed the trigger first, and the man's head exploded like a pumpkin dropped from a hayloft.”

But more than just masterfully crafted action, plot, and style, it is Reasoner’s characters that stick with you. Memorable and compelling, they’re each imbued with a touch of the human condition and Reasoner’s graceful empathy. With a writing career four decades long—and still going strong—Reasoner has more than earned his reputation as one of the western’s finest scribes.

Dancing With Dead Men is available as a paperback or as an ebook.
at May 28, 2014