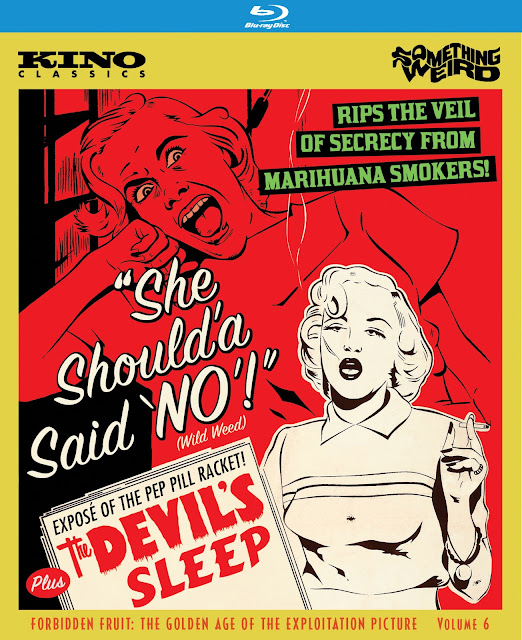 She Should'a Said 'No' (1949) is vintage exploitation cinema at its finest, starring a talented actress (Lila Leeds) that should have had a much bigger career, and directed and photographed by two of Poverty Row's most prolific and capable craftsmen (director Sam Newfield and cinematographer Jack Greenhalgh).

The story is about a model who is working to put her brother through college, and how smoking marijuana destroys her personal and professional life and lands her in jail. Not coincidentally, this story bears a great deal of similarity to the real life of its star, Lila Leeds, an aspiring actress who was arrested on marijuana charges when cops busted a party that she and Robert Mitchum were at. But while Mitchum was able to resume his career after he got out of jail, Leeds's career never recovered. This was the only role she could land, and it wound up being her last film. In true exploitation style, the film was even distributed briefly as The Story of Lila Leeds and Her Exposé of the Marijuana Racket in order to cash-in on Leeds's scandal (the film was also distributed as Wild Weed and The Devil's Weed). 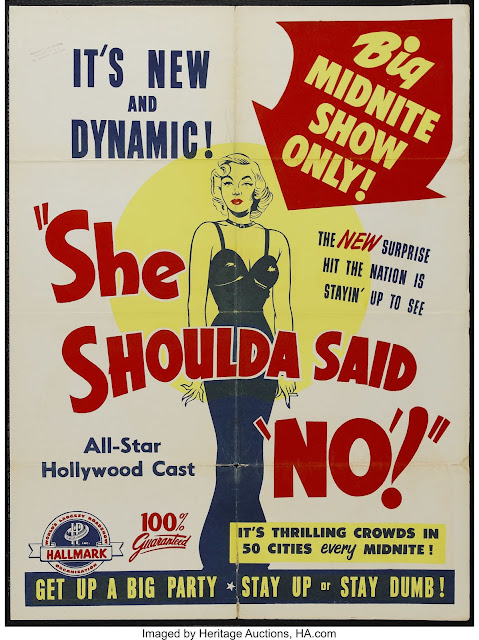 Kino Lorber's Blu-ray presents an astonishingly clean print and reminds of the visual artistry of exploitation films that is often overlooked. I'm so used to seeing these sorts of films in such shoddy, scratchy prints that I forgot how cinematic they can actually be, and She Should'a Said 'No' is actually quite beautiful at moments, displaying expressionistic touches in its use of shadows and montage.

Behind the camera were the team of director Sam Newfield (using the name "Sherman Scott") and cinematographer Jack Greenhalgh (who photographed that other weed cult classic, Reefer Madness). Newfield and Greenhalgh each eventually racked up over 200 credits during their career, over half of which were done as collaborations. They were all B-pictures, mostly distributed by PRC, but they are some real gems in that bunch, including His Brother's Ghost (1945), a Buster Crabbe western where Fuzzy St. John takes the lead and pretends to be his twin brother's ghost. She Should'a Said 'No' presents Newfield and Greenhalgh at their best: more than capable craftsmen with a stellar command of economic film-making techniques.

Even in its day, She Should'a Said 'No' was appreciated more for camp than its message at midnight screenings, and over seventy years later it still provides an evening's worth of pulpy entertainment and a terrific cast that includes bit parts by Hollywood stalwarts Lyle Talbot as a cop and Jack Elam as a drug dealer's thug, as well as a lead performance by Leeds that hints at greater roles that she could have—and should have—had. Maybe it's just me, but even at the film's conclusion, when everything is wrapped up nicely, there seems to be something behind her smile that knows she wouldn't get such a happy ending in real life.

Posted by Cullen Gallagher at 12:28 PM