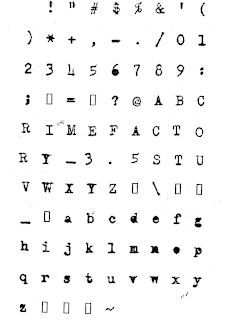 If you haven't heard the good word of the day, it is that Crimefactory 3.5 is finally live!

Keith Rawson, Cameron Ashley and Liam Jose are up to no good again, this time serving up an all-fiction issue with 12 all new stories. I feel honored to be among this issue's lineup with my story "Pursuit," and I have to say that I am both floored and humbled by the other writers included. One of my favorite short story writers Jason Duke is on the rampage again, this time with "Guns, Drugs, and a Shitload of Blood." Eric Beetner, who was previously interviewed here on Pulp Serenade, is on board with "Sins of the Father." Edgar, Anthony, and Macavity nominee Sophie Littlefield opens the issue with "Five Ways Your Mom Was Worse Than You'll Ever Be." The Night Editor himself, Jake Hinkson, appears with "A Cold Night in Murder City." New Pulp Press' Jonathan Woods has "The Old Man."

That's already one hell of a lineup, but that's only half of the loot from this big score. John Kenyon has "Clean Up," Garnett Elliott brings "The Darkest of the Debbies," Jay Stringer gives us "A Bullet for Bauser," Robert Crisman has "A Date With Gentleman Freddie," Julia Madeleine contributed "Stalker," and Naomi Johnson closes the issue with "The Persistence of Memory."

That's over 100 pages of hard-hitting crime fiction. Get yours for free here (available in both PDF and Kindle editions).
at June 25, 2010