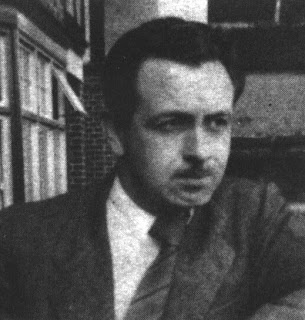 I remember when I was first getting into crime fiction, I was in a used bookstore in Bangor, ME, passing over all the titles in the “mystery” section, and not knowing 95% of the authors. There was something about the oddly plain, red typography of one spine that caught my eye, Solomon’s Vineyard by Jonathan Latimer. The collage-style cover of black-and-white photographs was certainly appealing, but it was the first line that instantly arrested me. Almost as soon as the book was bought it was read. Who was this Jonathan Latimer, and where can I find the rest of his books?

Several years later, I now have all of them, and even though I still have a couple left to read, I decided to pull together the first lines of all his novels. I tried something similar a few months ago with David Goodis, and the results seemed to cohere more than they do here. Oh, well – still some good first lines, though I still think Solomon’s Vineyard still takes the cake (and, for my money, it is his best novel). Also, for those interested, there is a complete bibliography available at Rara-Avis.

"The morgue attendant jerked the receiver from the telephone, choked off the bell in the middle of a jangling ring." –The Lady in the Morgue, 1936

"With a hollow rattle of its muffler the Greyhound bus disappeared down the cement road and left me in the darkness." –The Search For My Great-Uncle’s Head, 1937

"Sunset splashed gold paint on the windows of the white marble house, brought out apricots and pinks and salmons in the flowering azaleas." –The Dead Don’t Care, 1938

"In the afternoon a white mist came down from the mountains to the plateau, veiling the scrub timber and the underbrush and the road." –Dark Memory, 1940

"From the way her buttocks looked under the black silk dress, I knew she’d be good in bed." –Solomon’s Vineyard (The Fifth Grave), 1941

"He first heard the sound sometime around quarter to eleven." –Black is the Fashion for Dying (The Mink Lined Coffin), 1959
Posted by Cullen Gallagher at 2:10 AM