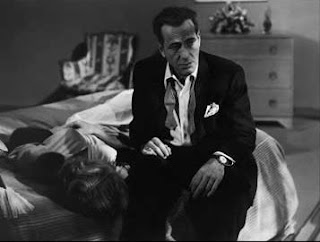 I'm hoping today will be a productive day (it better be, as I have lots of work to catch up on) so, as always, I'm starting the morning by appreciating the accomplishments of others. Today's edition of Stories for Sunday is a double-feature.

First up is Martin De Leon's "1986," which was published over at Block Magazine. It's a dark story, but not about the typical crimes you might read about on this site. The crimes in De Leon's story are the ones that leave only victims and no villains: life's merciless disappointments and tragedies. The main character, Catarina Fernandez, is walking home in the rain and engages in seemingly meaningless chit-chat with her neighbor, Villoro – but even this quotidian conversation is weighted down by Catarina's deep sense of loss.

Her window screen couldn’t stop Catarina from overhearing. She stopped trying to close the window and thought about running out in the rain and shoving the water hose down Villoro’s throat.

And then she thought of her daughter again. The rain had taken her.

Next up is the latest from Keith Rawson – a vicious, searing piece called "The Blood, the Shattered Glass and All the Rest" published over at The Flash Fiction Offensive. Rawson, like De Leon, is investigating the unbearable pressures of everyday life, the sort that drive you over the edge and leave you with no alternatives. Even its title seems to be a bleak summation of existence, just like Jim Thompson's "This World, then the Fireworks." In Rawson's story, a cop returns home to find that his wife has decided for him that he's going to quit drinking. He begrudgingly plays along, but soon work and home-life begin to wear him down, and the itch to drink starts to return...

I wanted a beer; I wanted to drown in oceans of it.

Click here to read Keith Rawson's "The Blood, the Shattered Glass and All the Rest."

And be sure to check out both of these authors' websites, links below:
Martin De Leon's Pop, We Will Eat Your Brains and Keith Rawson's Bloody Knuckles, Callused Fingertips.
Posted by Cullen Gallagher at 9:24 AM