Noir February at The Kulturecast

Chris Stachiw, host of The Kulturecast podcast, was kind enough to invite me to program a month of episodes based around noir movies. I was greatly honored by the invitation, and lost track of how many movies and themes I considered. In the end, I went with my gut and chose 5 favorite noir films that I think are under-seen and under-appreciated. I looked at it as an opportunity to help spread the word about these movies. Here's a list of the films with a schedule of speakers: 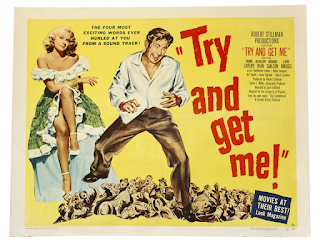 The Sound of Fury, also known as Try and Get Me, was directed by Cy Enfield before he was blacklisted and forced to relocate to England to continue working. This movie epitomizes post-WWII noir for me. Frank Loveloy is a vet who is down and out. Unable to find a job, he runs into sharp dresser Lloyd Bridges who offers him an easy job—just drive a car. Soon, Lovejoy is a getaway driver, and things go south from there. What really hits me about the movie is the ending—utter bleakness. No redemption, no justice, just a rioting mob and widespread violence. 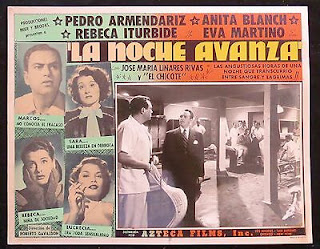 It's criminal how little of Mexican film history has been released in the US. Take this should-be classic, for example. Night Falls is directed by Roberto Gavaldón, one of Mexico's finest directors, and starring Pedro Armendáriz as a slick but scummy jai alai player who tries to weasel out of a relationship with an underage girl after she gets pregnant. At the start of the movie, he thinks he is on top of the world; by the end, he's in the gutter deeper than most noir protagonists. 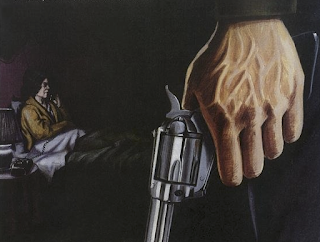 Hands down the best American adaptation of Jim Thompson. And pre-Grifters. Look, The Grifters is a fine movie, but Westlake and Frears bonded over their problems with the source material, and they made it sexy, and gave the characters humanity. That's not Thompson. Maggie Greenwald, on the other hand, implicitly understood the darkness of Thompson's world. Sadly, this magnificent movie is only available on VHS. 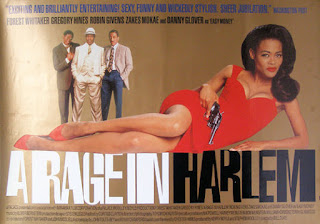 Bill Duke's directorial debut is arguably the best Chester Himes adaptation. He nails the tone of Himes's novel, switching from surreal to shockingly violent to absurdity in an instant. The Harlem setting, the costumes, the music, the streets, the apartment houses, every detail of this movie is so evocative and detailed. Why didn't Duke make more Himes movies? His other two crime films of the 90s are fabulous, as well, Deep Cover and Hoodlum.

This is a secret episode for Patreon subscribers only. This is my favorite of all Jim Thompson adaptations, based on his novel A Hell of a Woman. Patrick Dewaere captures the mindset of the protagonist perfectly. The characters, the settings, the domino-effect of bad decisions leading to even worse decisions...this is Thompson's world, and director Alain Corneau nails it.

To Chris, Trevor, Richard, and Mike—thank you for taking a look at some of my favorite movies.