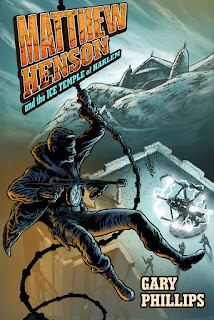 In Matthew Henson and the Ice Temple of Harlem, Gary Phillips re-imagines the titular Black explorer as a crime fighter during the Harlem Renaissance. Phillips marvelously and gracefully performs the role of dual historiographer—vintage pulp stylist and Black historian—wrapping it all together in a thrilling, action-packed adventure. Phillips swings between fantasy and reality with the gusto and aplomb of Henson crashing through a window to save the day. Published by Agora, an imprint of Polis Books, Matthew Henson and the Ice Temple of Harlem is as much a revisionist narrative as it is one that revives electric literary tropes of yesteryear and gives the 2020 bookshelf a much appreciated jolt of excitement.

Phillips renders Henson, who was instrumental on Robert Peary's arctic explorations but because of his race never received the credit he deserved in his lifetime, in the mold of Luke Cage except without the superhero powers. Henson is very much a regular human, and while he is aided by the occasional gadget and weapons from his travels, his strength, fortitude, and intelligence are born from his own experience and character. Phillips perfectly balances gritty, Black Mask-style action with comic book-inspired expressionism.

The novel begins with Henson living in Harlem, protecting the community from crime, and narrating about his adventures in the Arctic on a popular radio broadcast. After rescuing Destiny Stevenson from kidnappers, he is hired by her father, the spiritual leader Daddy Paradise, to officially look after them both while he is in town for a speaking engagement. Daddy Paradise fears that because of his fundraising connections in the Harlem rackets, rival gangsters might come after him or his daughter. Meanwhile, an old Arctic comrade of Henson's arrives in town looking for him and carrying vital secrets about a fabled rock they discovered on an expedition—secrets that many would kill for. As Daddy Paradise's lecture nears, Henson finds himself dodging bullets and death rays as he tries to keep Destiny and her father safe, rescue his missing friend, keep the cops off his back, and save the city from annihilation—and still make it to his weekly radio show on time. All in a day's work for Matthew Henson. 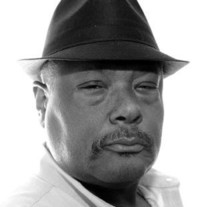 Action and adventure aren't the only fun to be had in Matthew Henson and the Ice Temple of Harlem, there's also a terrific cast of real-life characters who make cameos, such as the groundbreaking Black aviatrix Bessie Coleman, underworld legends Queenie St. Clair and Dutch Schutlz, and inventor Nikolai Tesla. Phillips also includes references to monumental historical figures such as social activist and hair product entrepreneur Madam C. J. Walker, the first Black woman to be a millionaire, and Vertner Woodson Tandy, the first Black architect in the United States. Phillips has done his research and it shows in his rich and detailed evocation of uptown New York City in the 1920s, from buildings and streets to the famous people who made the Harlem Renaissance the legendary movement it was.

Phillips is a writer who excels in many different modes—including crime novels, comic books, graphic novels, and television scripts for FX's excellent Snowfall—and it feels like all these facets from Phillips's literary career all converge in Matthew Henson and the Ice Temple of Harlem. It's thrilling and entertaining first page to last, and I hope that Henson, like The Shadow and other pulp heroes before him, will have a long literary life ahead of him in many more adventures.

P.S.  If you haven't read it already, treat yourself to this essay by Phillips on how to he turned the real life Henson into the star of his novel.