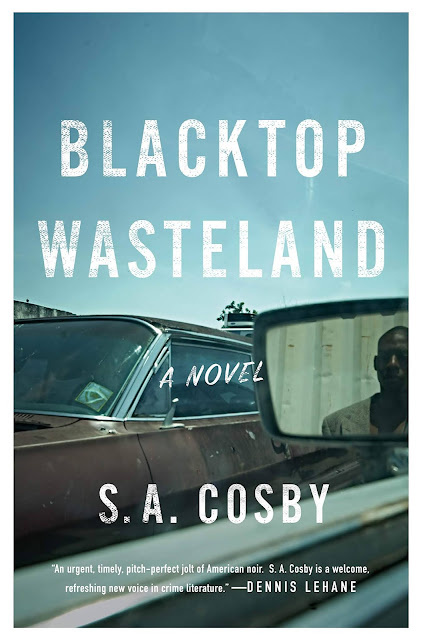 Blacktop Wasteland is hard-lived working class noir to the bone, with characters propelled by desperation amidst a decaying landscape as destitute as it is hopeless. As the author, S. A. Cosby, so eloquently puts it, "Progress had left this part of town behind. It was abandoned just like the store. A blacktop wasteland haunted by the phantoms of the past." Cosby writes crime fiction like a classic blues murder ballad, less about catharsis and more about empathy, and filled with sadness and a gnawing sense that nothing could have turned out right no matter what. Bad decisions generally fuel crime novels—being in the wrong place at the wrong time, or taking a risk one knows they shouldn't—but what makes noir so very "noir," and what gives it that overarching sense of doom, is that a good decision wouldn't have solved the problem; in noir, good decisions, if they exist at all, do no good at all. This is the world of Blacktop Wasteland, of roads that go nowhere, or characters born into lives they can't escape, and of an ace drag racer who can't get anywhere, who can't outrun his past, who can't go straight but can't live a crook's life, and who is perpetually on the run for the bad things he's done and the good things he didn't.

Raymond Chandler once said of Dashiell Hammett that he “gave murder back to the kind of people that commit it for reasons, not just to provide a corpse.” Cosby imbues his novel with that same sense of gravity and urgency. Blacktop Wasteland's protagonist, Beauregard “Bug” Montage, commits crime not as a way of life, but as a way to live. Bug lives in rural Virginia and runs a failing garage. He needs money to pay rent and child support, to put food on the table, to keep his mother in a nursing home, and to put his daughter through college so she has a chance to escape a city that offers little hope for a life beyond sweat and tears. So he does what comes natural: he drag races. The son of a getaway driver who disappeared one day never to be seen again, Bug has held on to his old man's wheels as both his heritage and his curse. But when that fails to solve his problems,  he heads deeper into his father's way of life and agrees to be a getaway driver for a jewelry store heist with a trigger-happy kid and an old acquaintance who just out of jail. Bug knows it is too good to be true—but even he can't foresee the world of hurt into which he's driving with the pedal to the metal. 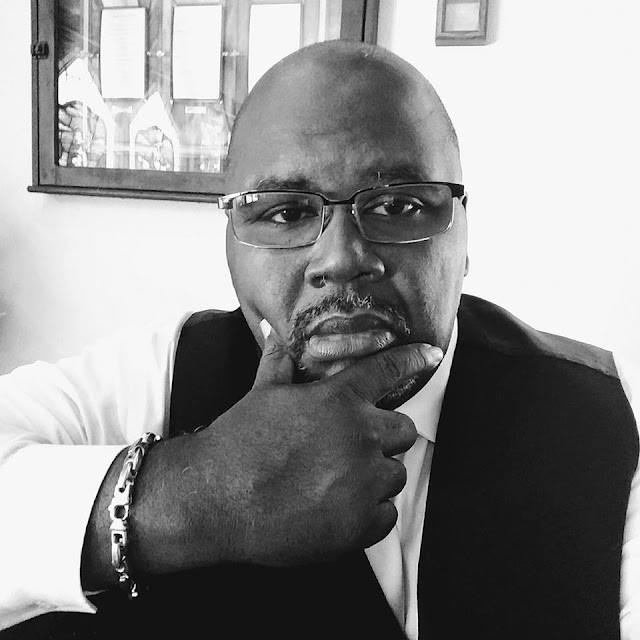 Embedded within the heist narrative is a much more despondent socio-economic portrait of contemporary America, of broken cities with crumbling structures, and the working class left to struggle to get by. "The empty buildings stood like forgotten monoliths to a lost civilization," Cosby writes. One of the aspects of this book that sets it apart from other heist novels is that the stakes are high for such low return, and that Bug goes for it anyway because he has no other choice. He's not risking his life for chance to live on easy street—he's just trying to hold on to the shaky world that he's made for himself and his family, however tenuous and unfulfilling that world may be. Bug's despair is perfectly captured in this passage in which he reflects upon his hopes and dreams:

"Beauregard finished his coffee. Once upon a time, he had dreamed of living in a house like this one. A house with running water and a roof that didn’t leak like a sieve. A house where everyone had their own room and there wasn’t a slop bucket in the corner. He put the coffee cup in the sink. He didn’t know what was sadder. That his dreams had been so modest or that they had been so prophetic."

The heartbreaking irony of Bug's tragedy is that every move he makes in order to get ahead puts him that much further behind. The straight life saddles him with debt and the criminal life puts him on the run; trying to do right by his family only makes him more vulnerable to their manipulations; and trying to be loyal only means he hurts the ones he loves more. As his father once told him, "Listen, when you're black in America you live with the weight of people's low expectations on your back every day. They can crush you right down to the goddamn ground. Think about it like it's a race. Everybody else has a head start and you dragging those low expectations behind you. Choices give you freedom from those expectations. Allows you to cut 'em loose. Because that's what freedom is. Being able to let things go. And nothing is more important than freedom." Freedom is something that Bug has never known, not truly, anyway. His money, his time, his driving, even his love—it's all been taken advantage of and exploited by others. But Bug is not a guilt-less victim, and he's certainly complicit in his own downfall. Perhaps the saddest part of Blacktop Wasteland is that even though Bug knows he's part of the problem of his own life, and that he's brought violence into his own home, he doesn't know to fix things to make them right, because in this noir world, there's no right decision.

Blacktop Wasteland is the enthralling second novel from Cosby. As hardboiled as it is melancholic, it sets a new bar for heist novels, and I loved it from first bleak page to last. His first novel, My Darkest Prayer, came out last year, and I will certainly be reading that soon, and sign me up for anything else Cosby writes, consider me hooked.

Email ThisBlogThis!Share to TwitterShare to FacebookShare to Pinterest
Labels: S. A. Cosby