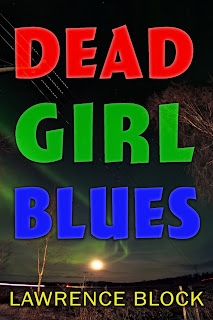 Dead Girl Blues is perhaps Lawrence Block's darkest, most unsettling book yet, equally disturbing and compelling, and I couldn't put it down. A first-person narrative through the eyes of a sociopath, it's not for the feint of heart—something any reader will recognize after only a few pages. It only takes that long for the crime to happen: our narrator walks into a bar, picks up a woman, and takes her to the woods where he murders her and then rapes her. Written in the form of a diary, the rest of the book follows the narrator over the next several decades of his life as he builds a new identity, starts his life anew, and reflects on his crime, wondering whether he will be caught and whether he will do it again.

If you're looking for lighthearted entertainment, I suggest picking up any one of Block's Burglar books—they're delightful. Dead Girl Blues is a very different beast, one that is well-written (as is anything by Block) but whose story is certainly challenging.

In some ways, Dead Girl Blues feels like a throwback to the Midwood, Corinth, and Nightstand paperbacks that he was writing in the late 1950s and early 1960s—lurid, ribald, provocative, tantalizingly indecent, treading in forbidden desires, pushing the boundaries of acceptability. Yet those books, like Dead Girl Blues, offered something beyond the cheap thrills advertised by their titles (Border Lust, A Girl Called Honey, So Willing, Sin Hellcat, those last three written in collaboration with Donald Westlake)—a dry, black humor, often in the most unexpected of places; a gripping narrative; playful, unconventional storytelling methods; and an imitable voice that can only be described as "Lawrence Block," a sense of phrasing, eye for detail, and overall personality that's present in all of his works, regardless of their genre or the name on the cover. 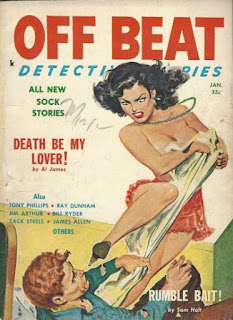 Reading this book actually reminded me of the first time I encountered Block's work. I was in Partner and Crime Bookstore (RIP) in Greenwich Village, waiting for the second performance of W-WOW's live old time radio show to start. Kiz Reeves, one of the owners, was behind the counter. She knew I was into crime fiction—I was, after all, spending my Saturday night hanging out alone in a mystery bookstore—and had been turning me on to some great stuff, Fredric Brown, Craig Rice, Jonathan Latimer. Out of the blue, she asked if I had read Lawrence Block. I hadn't. She walked over to the shelf and pulled out a copy of his short story collection One Night Stands and Lost Weekends, turned to "The Burning Fury" (originally published in Off Beat Detective Stories #2, February 1959), and told me to read. I did. And I was hooked. The short story is very similar to the first few pages of Dead Girl Blues. A man is in a bar. A woman enters. He knows he is going to do something bad to her. He tries to drink himself into a blackout before he can hurt her. The story ends with them two of them at her place as he starts to assault her, the reader well aware that the worst is still yet to come. I hadn't felt such chills before—even now, recalling the story, cold runs through my body leaving a trail of goosebumps. Many things impressed me about the story. Getting so deep into a protagonist's psyche in only a few pages. The unique way of structuring the story by leaving the most brutal aspects unspoken: it's Hitchcockian in the way that Block implicates us readers in the crime by making us write the conclusion in our minds, and our imagination makes it all the worse,. Yet there's also a sobering sense of reality to the story, and the gravity of what was happening. Block wasn't glorifying misogyny, violence, or alcoholism. "The Burning Fury" was scary in ways that were unlike other crime stories from this era that I had read: there's no pleasure at the end of this mystery, only sadness, revulsion, and fear. Years later, Block would revisit several of these themes of this story in greater detail in his in his Matthew Scudder series—the horror of sexual violence, the destructive power of alcoholism—but even in this early story there's a sense of real damage to the characters and their lives that is profoundly shocking, distressing, and saddening. 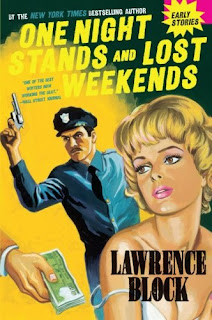 In a way, Dead Girl Blues seems like Block is doing what readers had to do after turning the last page of "The Burning Fury": they had to finish the story for themselves. But violence isn't the end of this story, it's only the beginning. Much like with the recent revelations of the Golden State Killer, part of what is so disturbing—beyond the monstrosity of the crimes–is how a sociopathic killer can just integrate himself into society and lead a seemingly normal life.  And while the book isn't without its moments of humor—the last third of the book, in particular, feels like a twisted satire on the model American family—it's darkness that pervades Dead Girl Blues from first page to last.

After more than sixty years as a wildly prolific author, Lawrence Block continues to write books up to his usual high standard. Since that Saturday evening in Partners and Crime when Kiz handed me One Nights Stands and Lost Weekends I've read everything with Block's name that I've come across, and I've found something to enjoy in all of them. As always, as soon as I finish one book, I'm already looking forward to his next.
at July 15, 2020