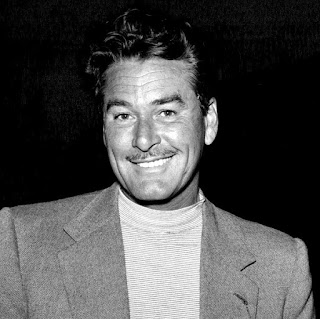 Today is Errol Flynn's birthday. Born June 20, 1909 and died October 14, 1959. In his brief fifty years, he managed to live one hell of a "wicked, wicked" life. His autobiography, My Wicked, Wicked Ways, is more fiction than fact, but it's a lot of fun to read, and the title perfectly captures his roguish, dangerous charm. His devil-may-care lifestyle and heavy drinking, however, hurt not only his career, but wrecked his personal life and contributed to his early death.

Most famous for playing the title role in the 1938 Technicolor film, The Adventures of Robin Hood, it's impossible not to think of him with a feather cap on his head and a sword in his hand. The consummate swashbuckling, romantic leading man, Flynn gave a number of great performances in his career. 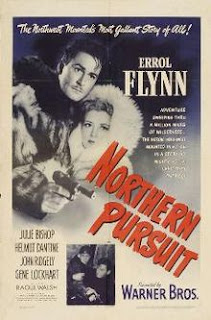 Northern Pursuit (1943)
Directed by Flynn's close friend and frequent collaborator, Raoul Walsh, here Flynn plays a Mountie who is fighting Nazis in the snowy Canadian wilderness. Suspected of being a double agent, Flynn is discharged from duty. When Nazis hear of this, they hire him as a guide through the mountains. Thinking this is a perfect way to infiltrate the enemy, Flynn takes the job but soon finds that sabotage isn't as easy as it seems. It's great to see Flynn in a contemporary role, a nice change of pace from his typical historical characters. 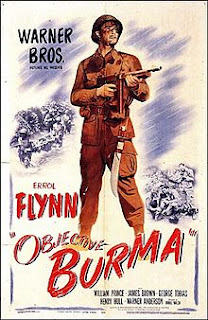 Objective, Burma (1945)
Flynn plays a captain on a mission to destroy a Japanese radar facility in the Burmese jungle. Getting in is one thing, but getting out poses a bigger challenge when Japanese troops interrupt their extraction. Stuck behind enemy lines, Flynn must lead his troops out of the country on foot. Not your typical gung-ho WWII propaganda, it's a bleak and desperate survival story, soberingly and strikingly directed by Raoul Walsh. 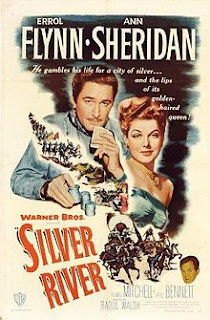 Silver River (1948)
In addition to his swashbucklers, Flynn made eight westerns, including Dodge City (1939), Virginia City (1940), Santa Fe Frail (1940), They Died With Their Boots On (1941), San Antonio (1945), Montana (1950), and Rocky Mountain (1950), but my favorite is Silver River (1948). Directed once again by Walsh, Silver River finds Flynn playing a disgraced officer who, after being dishonorably discharged, rebuilds his life as gambler with his sights on a silver empire. 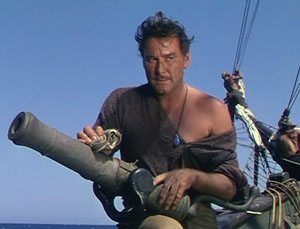 The Master of Ballantrae (1953)
From the beginning of his career, Flynn's name was synonymous with adventure. This film, based on the novel by Robert Louis Stevenson, is from the last few years of his career. An overlooked gem, it shows that Flynn never lost his daredevil charm or intrepid spirit. Set during the Jacobite revolt in Scotland during the 18th century, Flynn finds himself on the wrong side of King George II. Believing his brother has betrayed him, Flynn becomes a pirate and sets out for revenge. 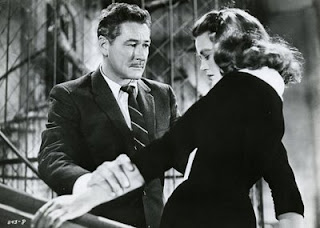 Too Much, Too Soon (1958)
In 1942, Raoul Walsh played a prank on Flynn. Their mutual friend, drinking buddy, and Hollywood colleague, John Barrymore, had passed away. If the story is to be believed--and I sure as hell hope it is--Walsh "borrowed" Barrymore's corpse and positioned it in a chair in Flynn's living room with a drink in its hand. After the night of heavy drinking and mourning was over, Flynn walked into his home and guess who was paying him a friendly visit from beyond the grave? Well, some say the story isn't true, but even if it isn't, it is an amusing, if macabre, scene to imagine.

The sad aftermath of that story is that it wasn't too long before Flynn himself began his own Barrymore-decline due to his excessive drinking. Even more ironic, Flynn played Barrymore in this father-daughter biopic, Too Much, Too Soon. It's a devastating performance, all the more so because of the real-life overlap with Flynn, himself. One year later, he was dead.
Posted by Cullen Gallagher at 3:43 PM