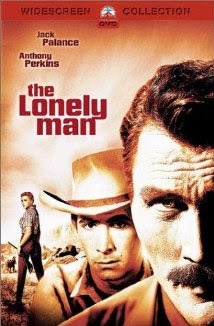 The Lonely Man is a great example of the psychological, adult-themed westerns of the 1950s. Overlooked in comparison to the movies of Delmer Daves and Anthony Mann of the same period, this brooding chamber drama is well-deserving of rediscovery and re-appraisal. It explores a classic western theme—the gunfighter who wants to hang-up his guns but can’t because his past won’t leave him alone—but the film is just so artfully done, and the performances so deeply empathetic, that it breathes new life into the standard trope.

Jack Palance is the gunfighter looking to holster his guns and reconnect with his estranged son, played by Anthony Perkins. Perkins hasn’t forgiven his father for being who he is, and how his reputation caused the town to persecute her so much that she committed suicide. With his reputation still following him wherever he goes, Palance and Perkins are unwelcome in any town. When Perkins falls sick on the road, Palance takes him to a ranch belonging to an old flame. Meanwhile, Palance begins losing his eyesight, which proves to be a problem when an old acquaintance tracks him down. Outlaw Neville Brand has been nursing a grudge against Palance. He carries with him the same bullet that Palance once shot him with, and he plans to give the bullet right back to him. 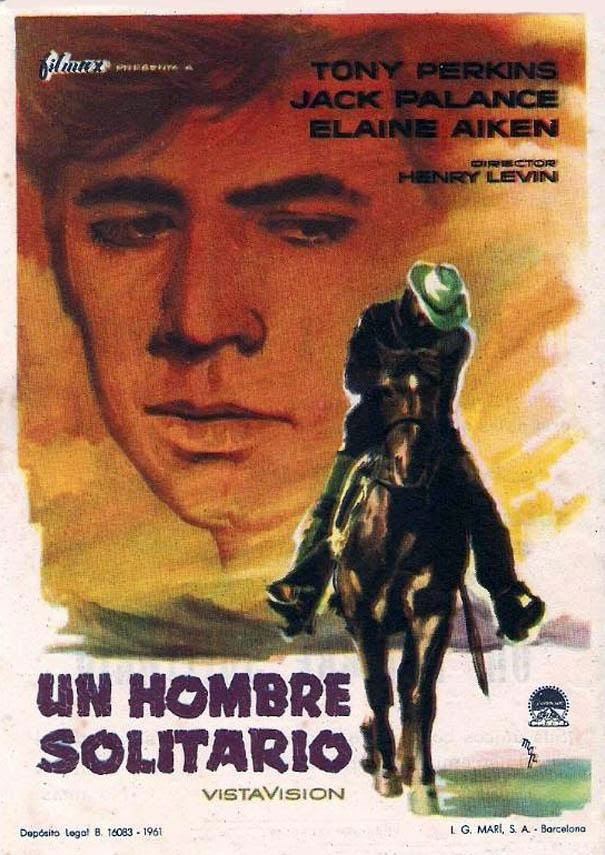 Palance is one of my favorite actors. He’s best known for almost psychotically intense performances, such as the man in black in Shane, a monomaniacal producer in Contempt, the Apache revolutionary in Arrowhead, a nihilistic bomb diffuser in Ten Seconds to Hell, a ex-parson who turned his family into a Quantrill’s Raiders-esque gang in The Desperados, an actors caught in a web of personal and professional crises in The Big Knife, or—you know—Atilla the Hun in Sign of the Pagan. Here, though, Palance gives a very different sort of performance. He’s calm. The most extreme calm I’ve ever seen. Palance catches you off guard with his stillness and soft-spoken delivery of dialog. There’s something deeply sad about him that goes unspoken—not regret so much as acceptance of the harm he’s caused, the life he’s lead, and the things he can’t undo. The Lonely Man stands up there with Palance’s finest and most moving performances, and it shows off his tonal range and emotional depth in ways that other films do not.

Anthony Perkins made this film one year after his Academy Award-nominated performance as the conflicted Quaker in Friendly Persuasion, and it is three years before his brilliant and iconic role of Norman Bates in Psycho. Perkins was great at communicating internal conflict and emotional disturbance. There was something fragile about him—a little neurotic, a little melancholic, a little insecure, a little bit lonely. Here, he shows all the hallmarks of his individual style. There’s adolescent rebellion mixed with Oedipal revenge, but also a clinging need to be close to family, even if it is someone he hates.

The Lonely Man is available on DVD from Warner Archive.