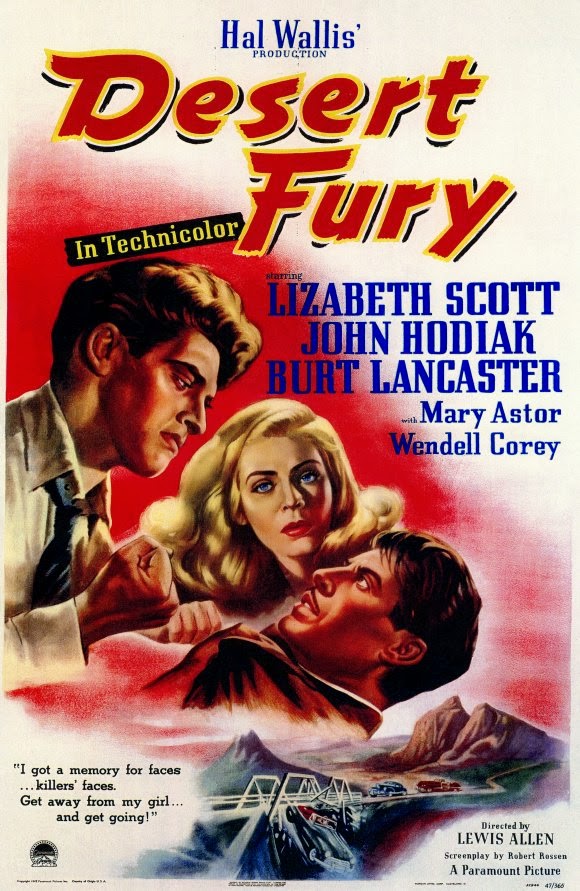 In the 1940s and early 1950s, Paramount released a string of stunning crime films, including This Gun For Hire, Double Indemnity, The Blue Dahlia, The Big Clock, The Asphalt Jungle, and Ace in the Hole. Desert Fury was released in 1947, right in the midst of this extraordinary run of movies. It’s got a cast that seems destined for greatness—Mary Astor, Burt Lancaster, Lizabeth Scott, Wendell Corey, and John Hodiak—and a script by A. I. Bezzerides (Kiss Me Deadly, On Dangerous Ground) and Robert Rossen (writer/director of All the King's Men and The Hustler), based on the novel Desert Town by Ramona Stewart. And the film’s director, Lewis Allen, had previously directed The Unseen with a script co-written by Raymond Chandler. On paper, at least, Desert Fury should be great. Should be—but isn’t. And while the resulting film is certainly no classic, it is certainly eccentric and bizarre enough to warrant cult appeal.

You could call Desert Fury a Technicolor modern-day western-noir-soap opera that is steeped in hardboiled gay camp. It's sort of like if James M. Cain and Douglas Sirk started off to Vegas but instead shacked up in some tumbleweed shithole along the way. Vulgar in its display of colors and emotions, all in all it’s a rather tastelessly directed movie—but that’s exactly what makes the film so irresistible and entrancing. 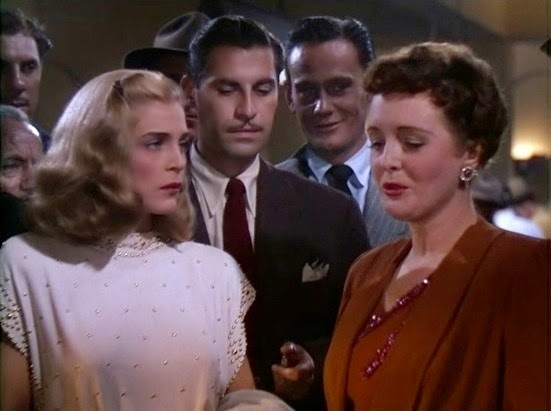 How’s this for a tangled web of perverse desires? Mary Astor runs a mining town saloon and casino. Her daughter, Lizabeth Scott, has quit school and returned home to live with her mom. At the same time, her mom’s ex-lover, gambler and crook John Hodiak, rolls into town with his loyal partner, Wendell Corey. Scott begins seeing Hodiak, ignorant of her beau’s former relationship with her mother. Meanwhile Scott’s ex-boyfriend, deputy sheriff Burt Lancaster, is trying to prove that Hodiak was responsible for his wife’s death several years ago. Add to this some extremely un-subtle hints of homoerotic bonds between Hodiak and Corey, and even strangely incestuous suggestions between Astor and Scott, and you’ve got all the kinky and corrupt elements of Desert Fury. 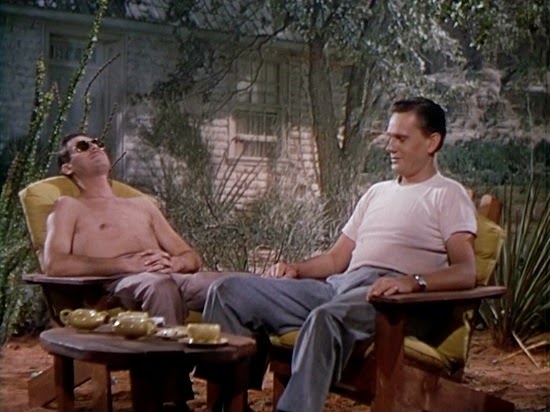 It’s gaudy and more than a little trashy, but there's not one frame that takes place in reality. It seems to inhabit some realm that is equal parts mythology and melodrama: a Hollywood cocktail of crime, camp, and corn.

But, in the midst of all this excess, a fascinating movie somehow emerges.

Mary Astor delivers a complex performance that blends the entrepreneurial ambition and motherly devotion of Mildred Pierce with the devious subterfuge of a femme fatale (an archetype she defined in The Maltese Falcon). Astor deliciously delivers her lines with hardboiled panache: “You look good, baby, nice and fresh and alive—I like to see you dressed up” she says to her daughter. And then, a few scenes later, she can outpour emotion through a monolog like this: “You don't know anything about love … He's no good. Do you have any idea what I went through to bring you up? You think I like living here? You think I like Pat and the judge and drunken miners. After your father died and I found out I had something the matter with my lungs I didn't want to live, but I did, only because of you, because I wanted to give you something I didn't have, and it wasn't Eddie Bendix.” 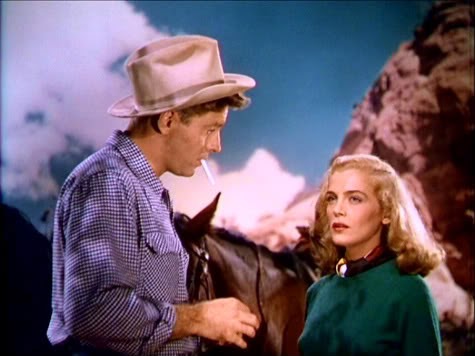 Lancaster, as always, is terrific, even if the part doesn’t give him much room to show off. This is one year after his brilliant debut as Swede, the doomed boxer-turned-criminal in The Killers, and the same year as his powerful performance as a prisoner burning with rage in Brute Force. His role as the deputy in Desert Fury is pretty one-note and, compared to the rest of the cast, rather vanilla and tame. No sexual hang-ups, no burning desire, just a pretty normal guy looking to bust a crook and marry a pretty girl. But Lancaster has that star charisma—tough, sexy, rugged yet beautiful, appealing to both men and women.

John Hodiak had some good roles, including Alfred Hitchcock's Lifeboat, The Harvey Girls opposite Judy Garland, and Somewhere in the Night in which he played an amnesiac veteran convinced he committed a murder he doesn’t remember. Here, he’s fittingly sleazy and transparent—an homme fatale out to corrupt and destroy. 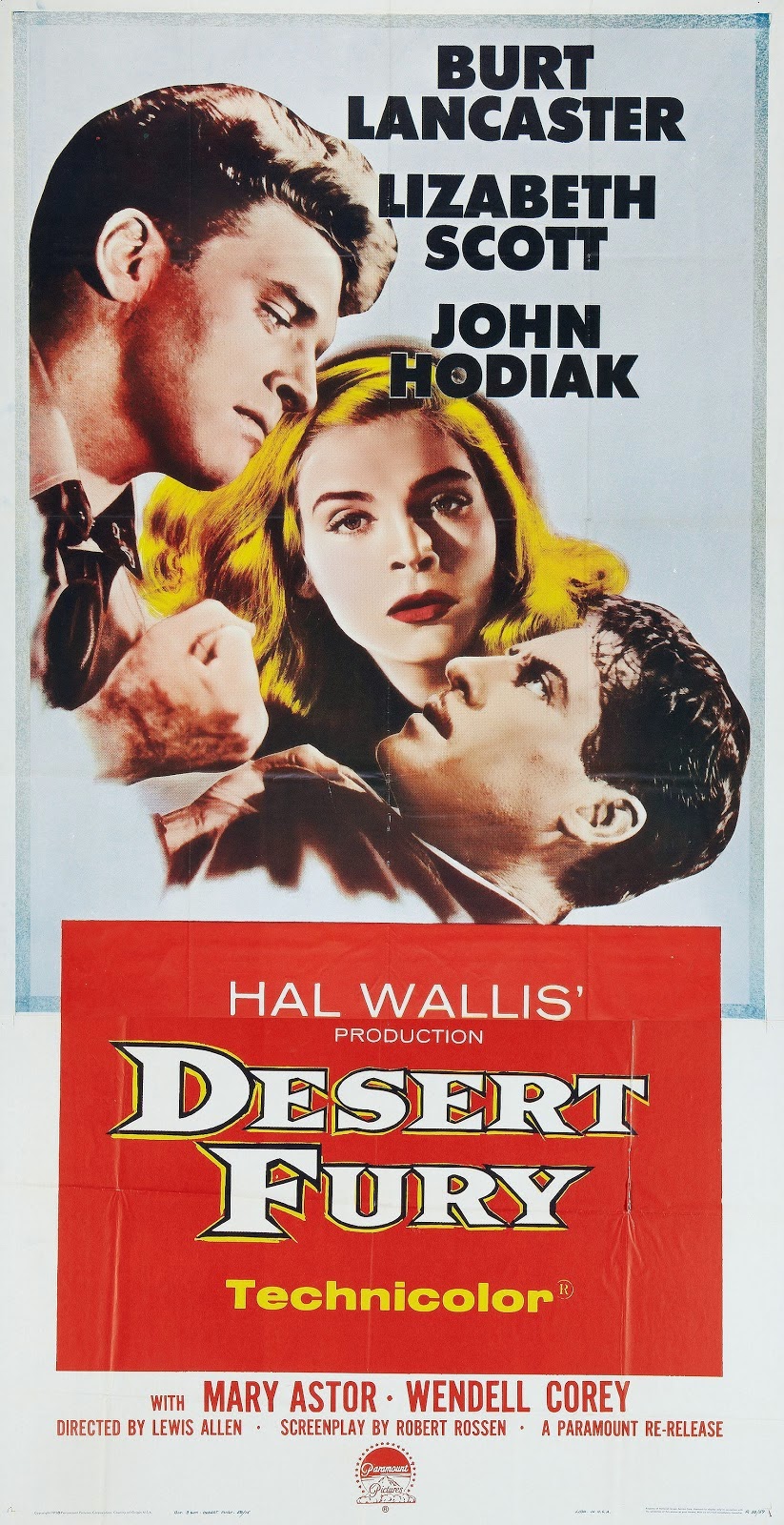 Wendell Corey gives the most surprising performance of all. Even though this is his first film, and he’s got the smallest of the leading roles, he dominates every shot he’s in. He exudes a quiet sense of danger, an intensity that’s not to be trusted. Best remembered for playing the police detective that saves the day in Rear Window, Corey also delivered an iconic noir performance in The File on Thelma Jordan, in which he played an assistant district attorney pulled into a web of deceit because of Barbara Stanwyck’s wicked ways.

All in all? Desert Fury isn’t great, and maybe not all that good, but it’s definitely one-of-a-kind. Fascinatingly tacky and tawdry.

Desert Fury isn’t on DVD, but you can stream it on YouTube.