"The Axeman of Storyville" by Heath Lowrance 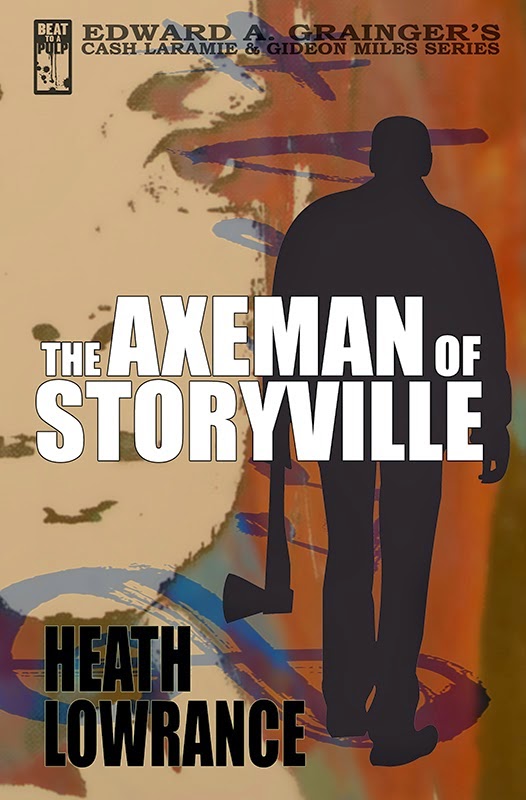 The Axeman of Storyville proves that you can take the man out of the west, but you can’t take the west out of the man.

Gideon Miles was one of the first black US Marshals, and around the turn of the century he doled out justice with his partner, Cash Laramie. Now it is 1921, Miles has holstered his guns, turned in his badge, gotten married, and started a jazz club in New Orleans. But when a serial killer begins hacking up prostitutes in the notorious Storyville district and the police refuse to help out, Miles comes out of retirement. A New Orleans giallo, The Axeman of Storyville is a blend of noir, western, and horror, set to a brassy jazz soundtrack.

The location may have changed, but the social injustices that were at the heart of Edmund A. Grainger’s original Cash and Miles are still very much a part of Heath Lowrance’s The Axeman of Storyville. Going back on the job requires Miles to come face to face with a prejudicial caste system that can’t be overcome by a fast draw or a hard fist. While inside his club he’s a man of high position and authority, on the outside he has to contend with a racist world that doesn’t respect him as a businessman or as a lawman. And more than just victims of sexual violence, Miles finds the women victims of a larger institutionalized misogyny that prevents them from leaving sex work and denies them police protection and medical attention.

The failed promises of the west—freedom, equality, justice—have followed Miles east, and they weigh down on his spirit far more than old age. His is a moral fatigue, of worn-out hurt and hope betrayed. He’s sick of the culture of ignorance and violence that he grew up in, that he couldn’t escape even in the farthest reaches of the desert, and that continues to fester wherever he may roam.

“The death of the west” is a long-popular theme, but Lowrance approaches it from an unusual and provocative angle—a man who has both outlived the west, and who has left the land and gone east. Seen in this light, The Axeman of Storyville could be called a post-western. More than just a shifting of geography, the whole narrative seems informed by the parent genre, and in its absence is a ghostly presence that haunts Miles down every alley.

Lowrance is a writer with a distinctive voice and a one-of-a-kind vision, and his fusion of noir and western continues to take both genres into new and exciting directions. I can’t wait to see what Lowrance has in store for us next.

The Axeman of Storyville is available from Beat to a Pulp.
at May 24, 2014

Email ThisBlogThis!Share to TwitterShare to FacebookShare to Pinterest
Labels: Beat to a Pulp, Heath Lowrance