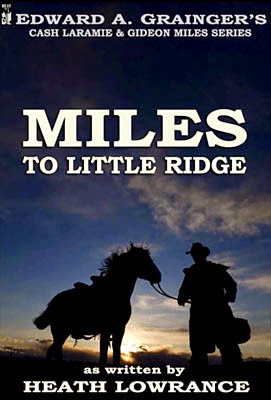 Thanks to Beat to a Pulp press for keeping the Western alive!
Posted by Cullen Gallagher at 7:36 PM 2 comments: 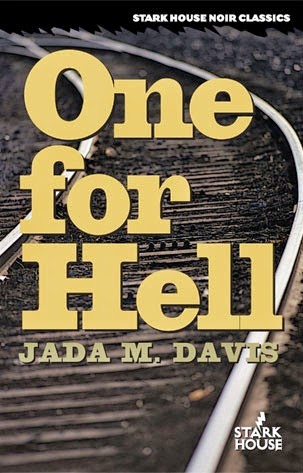 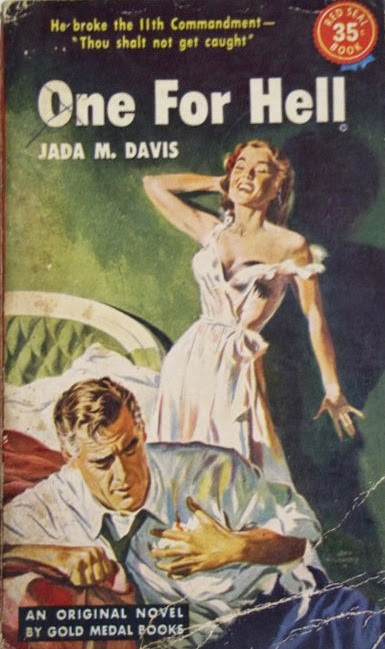 From bitter beginning to bitter end, this is hard-lived hardboiled.
Posted by Cullen Gallagher at 11:15 PM 1 comment: 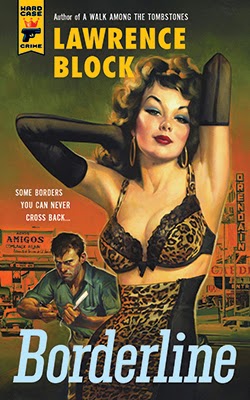 Hard Case Crime has done it again. Borderline, an obscure title from Lawrence Block's enormous and ever-growing body of work, is more than just a rare curio—it's a shocking novel from a then twenty-three year old writer. Shocking not only for its risqué content, but also for its maturity and excellence from such a young novelist.

Borderline is about five strangers whose fates explode in a headfirst collision one debauched—and deadly—weekend on the border between El Paso and Juarez. There's the cocksure gambler, looking for a sucker to fleece of his money and pride. There's the female hitchhiker, broke and willing to do anything—with anyone—to get to New York. There's the party girl who's always up to turn a trick, but is looking for a more lasting connection. There's the divorcee looking to rebound from a stale, vanilla marriage with one weekend of unrestrained desire. And there's the serial killer, on the run from the law, but who loves the rush so much he's willing to risk capture again and again in order to get a better high.

Borderline is a fiery example of the burning intensity that fuels Lawrence Block's early writing. Originally published by Nightstand in December 1961 under the title Border Lust, the hallmarks of Block's inimitable style are already present in this early work: an edgy story pulsing with sex and violence; his wry sense of humor; a sobering sense of devastation; and all-around expertly crafted prose. Like an orgiastic cousin to John D. MacDonald's multi-lane car crash novel, Cry Hard, Cry Fast, Block nimbly moves between his ensemble cast of characters. It's a tense pleasure to witness the way he maneuvers their disparate trajectories across the two cities, building suspense until the inevitable moment when all the stories come crashing together.

Fans of Robert Bloch's The Scarf and Fredric Brown's The Lenient Beast and Knock Three-One-Two will take great pleasure in reading the killer's chapters in Borderline. Channeling the spirit and style of his forerunners, blending both glee and dread as he details the psycho's hunt for victims, Block revels in excess to the point of revulsion. But this seems to be the point—the killer is a nasty, brutal, sick-minded person. It's something that Jim Thompson understood well. Block's strength is in his characters and their unflinching, and often unlikable, authenticity. The only character in Borderline that is remotely sympathetic is the divorcee, and that's because she has no pretentions about what she is doing, and because she is the only one not out to harm anyone else. All the other characters are taking advantage of someone somehow. The divorcee is the only one looking for pure pleasure, and not at anyone else's expense, and her frankness and honesty is something that Block clearly admires.

One of the remarkable elements about Borderline, one that raises it above the general level of sleazy fun that Nightstand was publishing, is its subversive intelligence. Readers looking for sex and violence will find plenty in this book—but what starts out as vulgarity soon takes a more serious turn. When one of the characters reads a newspaper article detailing a grisly rape and murder, she is offended by the article's refusal to use the word "rape," and how lightly it takes the crime.

"[The newspaper] said, in a masterpiece of understatement, that the murder victim had been criminally attacked.

"Now wasn't that something? A bizarre euphemism, she thought. Burn a girl's breasts, slash her to ribbons, shear off her fingers and toes, and you have to give her a medical examination to tell that she's been criminally attacked. Say rape, for Christ's sake and to hell with euphemisms. The poor girl had been criminally attacked, all right, whether she was raped or not. How criminal could you get?"


This sort of sensitivity to rape culture is certainly unusual in a sleaze novel (of all places), and it speaks to a distinguishing characteristic of Block's prose throughout his career, which is the real wreckage and human toll of violence. Block's always had a sense of humor (sometimes a wicked one), and he's never been one to preach morality, but his lightness of touch is frequently matched by a sobering depth and maturity that makes his work all the more stirring and affecting to read.

This new Hard Case Crime edition includes three early Block short stories, written around the time of Borderline. The first of them, "The Burning Fury" (Off Beat Detective Stories, February 1959), is the closest in town to Borderline--it's also the most disturbing and, for my money, the best. It's 9 pages of unrestrained nastiness as a man gets drunk and rapes a woman. The destruction and barbarity caused by alcohol has been a running theme through Block's work to this day (see his excellent novel A Drop of the Hard Stuff). It's a shocking story that confronts you with the viciousness of its crime—no punches are pulled in this one, and it might not be for everyone. The next story, "A Fire at Night" (Manhunt, June 1958), is a clever quickie about a pyromaniac watching as firefighters struggle against his latest fiery creation. The final story, "Stag Party Girl" (Man's Magazine, February 1963), is a private eye novelette in which a man is accused of murdering the stripper at his bachelor party, who just happened to be an ex-girlfriend threatening to blackmail him. Here we see a side of Block that will be more familiar to Scudder fans—more intricate plotting and a detection-based narrative. At this point, what else can I say except it's an excellent story, up to Block's high standard.

Hard Case is approaching their 10th anniversary and, coincidentally (or not), their very first book in September 2004 was also by Lawrence Block, the excellent con artist novel Grifter's Game. Here's to another 10 years of great crime fiction with Hard Case Crime and Lawrence Block!