The opening night of NoirCon 2012 kicked off at PhilaMOCA with a presentation by Heide Hatry about her performance art using pigskin and pig's blood to create rooms, sculptures, paintings, and other art projects. Certainly a provocative, unexpected, and wild way to kick off the convention. These sorts of surprises are part of what makes NoirCon so exciting -- you never know what's around the corner. 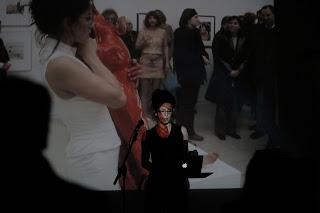 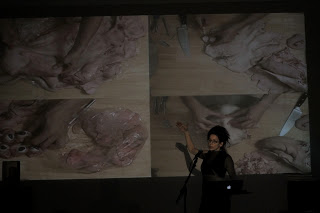 Next, Peter Rozovsky of Detectives Beyond Borders took the stage to discuss Noir Music from around the world, culminating in Tom Waits' "Hell Broke Luce." You can view Peter's full list of Noir Music here. It's a fantastic list, covering a wide variety of styles, performers, and nationalities, proof that Noir is a universal language (something that Peter touched on during his presentation). 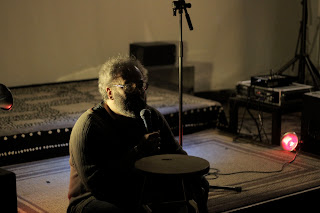 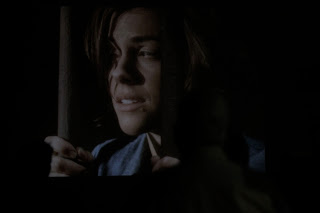 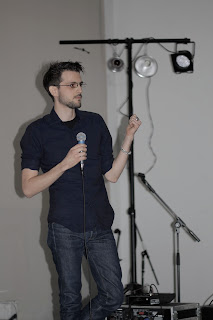 Edward Holub was up next with a short film, as well as an extended preview of his work-in-progress adaptation of David Goodis' Cassidy's Girl. 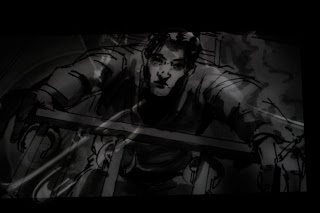 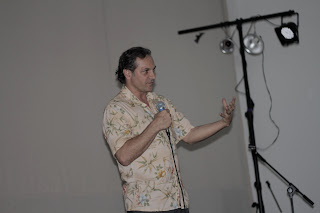 Next, The Scovilles took the stage to end the evening on a raucous, rockin' note. Heavy garage rock, great riffs, tight solos, solid grooves. A great end to the evening! 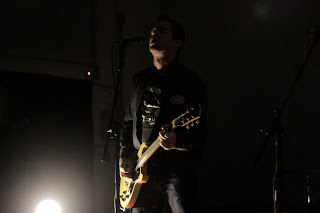 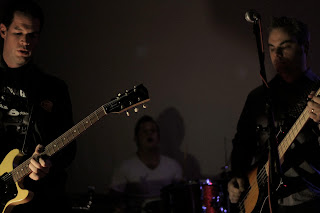 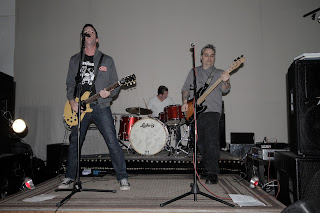 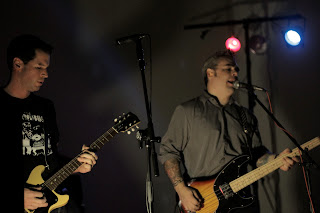 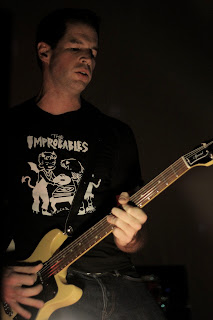 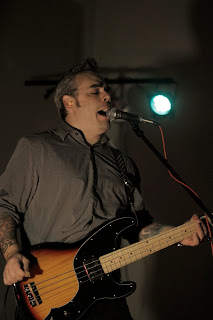 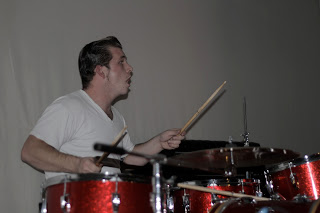 As always, one of the best parts of NoirCon is meeting old friends and making new ones. Here's just a few of the great people who showed up to Opening Night. 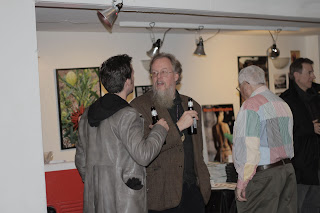 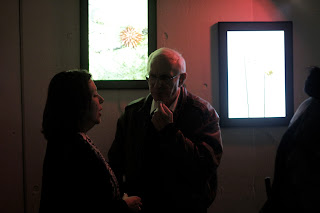 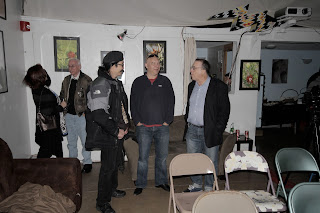 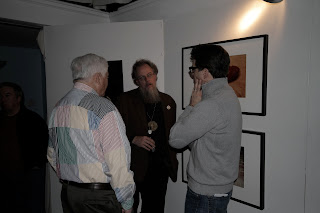 Email ThisBlogThis!Share to TwitterShare to FacebookShare to Pinterest
Labels: NoirCon 2012