Last night, Kevin Avery spoke at New York City’s Strand Bookstore to discuss the late Paul Nelson, a former critic and editor for Rolling Stone magazine, and the subject of two recent books by Kevin. Joining him on stage was critic Dave Marsh, a friend and colleague of Paul’s from their days at Rolling Stone in the 1970s. Kevin’s two books are Everything Is an Afterthought: The Life and Writings of Paul Nelson (Fantagraphics Books)—a biography and anthology of Paul’s writing—and Conversations with Clint: Paul Nelson's Lost Interviews with Clint Eastwood, 1979-1983 (Continuum)—one of the longest interviews with the director that were conducted for an unrealized Rolling Stone feature. Cover art for both books (and the design for Everything Is An Afterthought) was provided by my good friend Jeff Wong, who also did great work for Busted Flush Press’ Damn Near Dead 2: Live Noir or Die Trying last year. 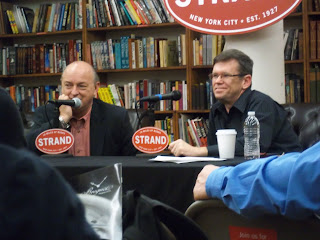 (Dave Marsh and Kevin Avery)
Paul shared a deep passion for music, film, and literature, and these books show not only how knowledgeable a critic he was in all three fields, but they also reveal a unique insight and original conception about arts and culture at the time. Paul was a mythologist (just as he, himself, became a mythological figure of sorts) who saw the genius of rock 'n' roll, noir crime fiction, and hardboiled film auteurs like Don Siegel and Clint Eastwood years—if not decades—before the rest of the world did. Paul passed away in 2006, but in many ways, he’s still ahead of the times. Kevin’s two books are a testament to Paul’s artistry and brilliance, and a monument to his tragic life and career, both of which ended too soon. (One of the many projects Paul intended to write, according to Dave Marsh, was a series of detective novels in which one of the recurring tropes would be the rising cost of cheeseburgers in NYC. Oh, how I wish those were realized!) 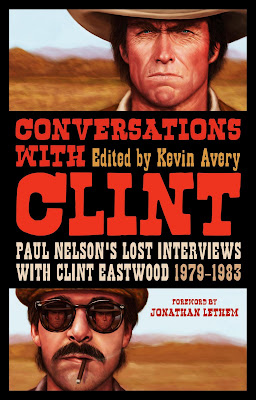 Paul started his writing career at The Little Sandy Review, reviewing folk music in the 1960s (even a young Bob Dylan was influenced by Paul, especially when he ran off with some prized records belonging to Paul and Little Sandy co-editor Jon Pankake). When Dylan went electric, Paul saw how things were changing and decided to change with them. As an editor at Rolling Stone, he championed a whole new generation of musicians in the 1970s. At Mercury Records, he signed the New York Dolls. And then in the 1980s, professional clashes with editors and an increasingly crippling OCD forced Paul to leave Rolling Stone. His writing career came to a stop, even though the ideas didn’t. Later, he worked at a video store in NYC, and ultimately died alone in his apartment. Kevin’s biography, Everything Is An Afterthought, tells the whole sad story. It’s heartbreaking as hell, but I couldn’t put it down. Paul was as compelling and complex as any of the artists he wrote about—and just as talented. 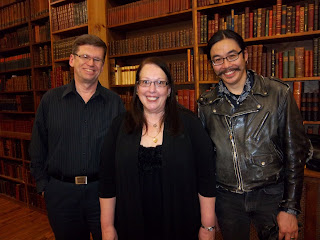 (Kevin Avery, wife Deborah Avery, and artist Jeff Wong)
I had the pleasure of interviewing Kevin about Paul Nelson for Our Town, Downtown. Limited by space in the publication, I couldn’t dig as deep into my own reaction to Paul’s writing as I would have liked, so I’d like to do that here on Pulp Sereande. As a big fan of detective fiction and all things noir—and a noir-ish character himself—Paul seems a natural fit for this blog.

Before I picked up either book, I had only heard of Paul Nelson—I had never read him before. As soon as I dug into them, however, I knew I had found not only a critic I could admire, but also a kindred soul I could relate to. Nelson wasn’t just a reviewer, and he brought a rare artistry and personal style to the field of criticism. At his best, Paul didn’t just review the merits of a particular album, but he dug deep into himself to talk about how the piece moved him, and why it affected him the way it did. It’s not merely autobiographical or confessional—it’s criticism at its finest, examining not only the aesthetic merits of a piece, but also tapping into that spiritual place that great art can take us.

Kevin Avery began the event by reading excerpts from Paul’s review of Willie Nelson’s Red Handed Stranger. It’s an extraordinary piece of writing, as much poetry as it is criticism, history, and mythology.

Teddy Roosevelt claimed loneliness is a quintessential ingredient of our national character, he hit the psychic bull's-eye, ringing up images of pragmatic pioneers, existential outlaws and a long line of heroes who dreamt of the purity of their youth even as they drew their guns to eliminate it. "There are no second acts in American lives," someone once said, and a cursory glance at our gods -- the cowboy/desperado, the gangster/detective, the movie star/rock & roller -- whose lifestyles generally suggest either early and unnatural death or obsolescence, easily reinforces such a statement. To the quiet American, violence, like the perpetual but unreal motion of life on the road, seems to serve as solicitous coin in the realm of the solitary survivor, some kind of necessary stop-gap and occupation while a man waits in the sanctified state of loneliness for something to happen, someone to come along or return, his vague search to end.

From Pat Garrett and Billy the Kid to Dirty Harry Callahan, the mythic American hero is a man, almost always womanless, who has somehow been trapped in that curious nether world between comic innocence and tragic experience; unable or unwilling to make a choice, he can at best (or worst) embrace either adjective, neither noun. He has known happiness once, lost it, and now nothing will help. for the sentimental there is Christianity, the "official" solace, itself an uncanny mixture of loneliness and death, its hero a lost and forsaken son slain only to rise again with the promise of a glorious but distant new childhood in exchange for a worn out, hopeless past. It is small wonder that most Americans worship no god except their own lost innocence, have had, in fact, to rely on popular literature, films and music to provide plausible and workable archetypal "religion," that is more Jungian and Freudian.

Veteran country singer/songwriter Willie Nelson knows all of this -- and much more. His Red Headed Stranger is extraordinarily ambitious, cool, tightly controlled. A phonographic Western movie which brilliantly evokes the mythopoeic imagery of McCabe and Mrs. Miller, Shane and the works of John Ford, the album traces the life of a Montana cowboy who finds his true love with another man, kills both of them and later another woman, then drifts through Denver dance halls into old age, forever unable to cut his early loss but managing in the final years of his life a moving, believable and not unwarranted synthesis of all he has missed… (Rolling Stone, 8/28/75)

From Teddy Roosevelt to Pat Garrett to John Ford to Robert Altman to Jack Schaefer to Don Siegel and Clint Eastwood—all in the first three paragraphs of a review of a Willie Nelson album. Who the hell else had the guts—to say nothing of the foresight, understanding, and intelligence—to write this? This is the type of essay that, in the best possible way, kicks your ass and gives your mind a workout. It also makes you want to run out and listen to the album.

Paul spoke—and wrote—with the language of a true connoisseur. As you can read in his obituary on Ross Macdonald, or in his interviews with Clint Eastwood, he was more than a fan and more than a critic. He spoke about the things we loved with a lived-in intimacy. You got the feeling that these albums, books, and movies had banged around the inside of his mind and passed through his guts three-times over before he sat down to write. One of the amazing things about Conversations with Clint is how he gets the typically tight-lipped actor/director to open up. It’s like sitting in on conversations between two old friends…except they had only met a few times in their entire lives. The instant chemistry between the two is remarkable, and makes for one of the most engaging long-form film interviews I’ve read in years. One of the nicest touches to Everything Is An Afterthought (aside from making the book resemble a box of Nat Shermans, Paul's favorite) is its organization: part one is the biography, and part two is filled with some of Paul’s best pieces (including his Ross Macdonald obit). First you get to know the man through his life, and second you get to know the man through his art. When you finish the book, you begin to realize how Paul’s biography would be incomplete without his own writing.

Paul was, and still is, a game-changer, and reading his work pushes me to become me a better critic.

Thanks, Kevin Avery, for introducing Paul Nelson’s work to me, and putting it back into circulation for long-time fans and newbies alike to enjoy.

Here are some more pictures from the event: 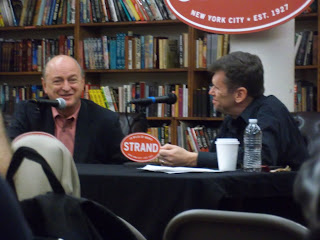 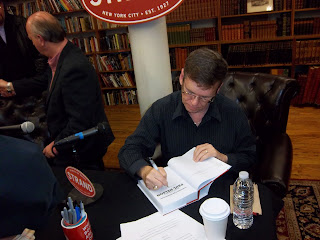 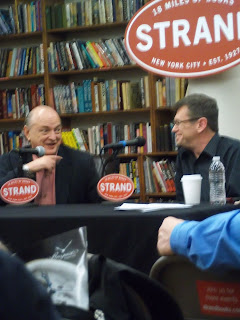 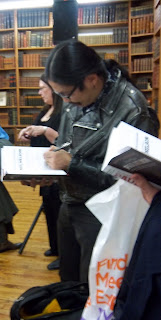