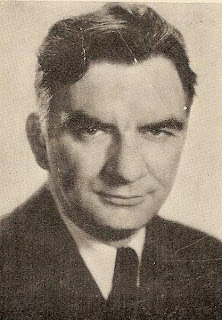 This morning, Charles Ardai made a dream come true for readers all over the world: a newly discovered James M. Cain novel, The Cocktail Waitress, will be published in Fall 2012 by Hard Case Crime. Cain had been working on the book at the time of his death, and it took Ardai nine years to track down the original manuscript and obtain rights to print it.

Here is a brief sketch of the story, as mentioned in the original press release:

Combining themes from Mildred Pierce and The Postman Always Rings Twice, The Cocktail Waitress tells the story of a beautiful young widow, Joan Medford, whose husband died under suspicious circumstances. Desperate to make ends meet after his death, she takes a job as a waitress in a cocktail lounge, where he meets two new men: a handsome young schemer she falls in love with, and a wealthy older man she marries.

In honor of this historic announcement, I decided to do some research to see if Cain himself spoke of The Cocktail Waitress in any interviews. The book turned up in a couple of places, including the recently released Packed and Loaded: Conversations with James M. Cain, by John McAleer (Nimble Books, 2010), a collection of transcribed discussions that were intended for a biography McAleer was working on when Cain passed away. Cain gives a rambling description of the plot, and mentions how he was disastisfied with the current state of the novel and was then in the midst of rewriting the manuscript. 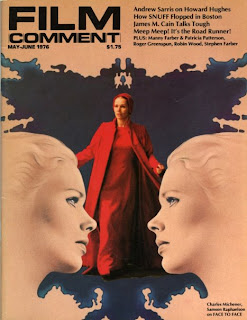 The other mention I found was in a 1976 issue of Film Comment. Since the interview is currently out-of-print, I am reprinting just the portion that discusses The Cocktail Waitress.

So, without further ado, here is a working view of James M. Cain’s The Cocktail Waitress, as described by the author himself.

James M. Cain: My difficulty in writing a story is not in writing a story, or in thinking of something to write a story about, but in finding a reason this character in the first person would tell it. That's my problem. It doesn't have to be a very important reason, it can be the most special, cockeyed reason in the world that wraps up in a sentence or two. But just the same, I have to have that or I can't tell the story.

In my stories there's usually stuff that you wouldn't think any human being would tell at all. Now I've just finished a book called The Cocktail Waitress, where the girl tells her story, and there's some pretty intimate stuff. This girl, like most women, is very reticent about some things-you know, the sex scenes, where she spent the night with a guy. I had her tell enough so that what happened was clear and, at the same time, not go into details. Once she lingered with a sex scene, as if she wanted to tell it.

Film Comment: It is interesting that you are utilizing a female narrator in your new novel. Which of your works do women like best?

James M. Cain: I haven't the faintest idea. I don't know if any of them like my books. I wouldn't say that they are the type that women, above anyone else, would particularity go for.