Yesterday, I went on a Wild Parrot Safari in Brooklyn with fellow NoirCon vets Jeff Wong and Margery Budoff. Little did I realize that I was going to be learning about a little known piece of Brooklyn history that could be called "Parrot Noir." Turns out that back in the 1960s, while the mob was opening crates at the airport that just happened to "fall off the truck," someone accidentally opened a crate of parrots from Argentina. The birds flew away and the mob covered up the incident. Over half a century later, the parrots still call Brooklyn their home. 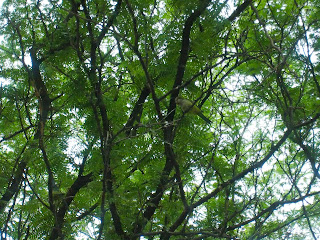 The tour was given by Steve Baldwin, who apparently gives the tour every month. You can follow his adventures at Brooklyn Parrots. 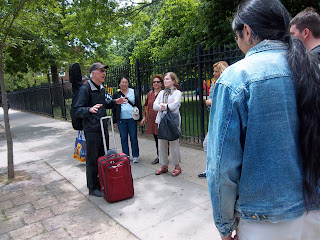 A number of the birds have made nests in the light fixtures at a local sports field. The nests supposedly weigh over 200 pounds! 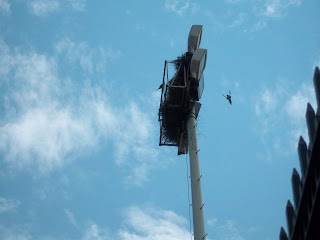 It is interesting to see how the parrots have adapted their survival instincts to the urban environment. The parrots stay mainly near the grass, where they blend in. I'm assuming this is to camouflage themselves from their main predator, hawks. 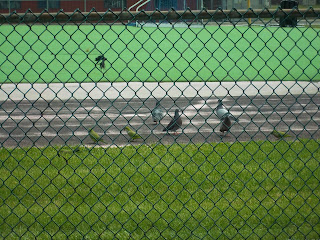 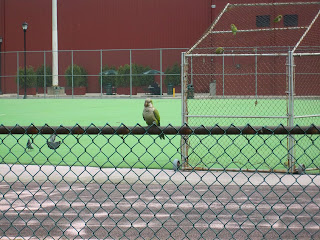 They also have made a nest in a nearby tree. I was asked not to disclose the location because, in the past, there have been poachers who have robbed the nests to sell the birds to local pet stores illegally. 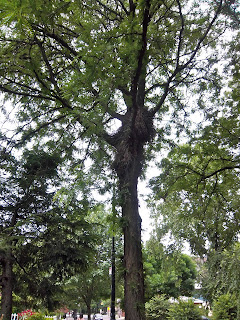 The parrot up top was apparently sentry, and he watched us all very carefully when we were around. The bird on the bottom was flying around and brought back twigs and leaves to work on the nest. 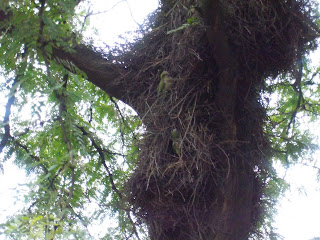 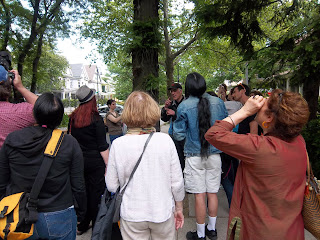 Looks like the parrots are just like most everyone else in NY. They're not from around here, and they're doing what they can do everyday to get by and figure out how to call NY their home. Fifty years and running, looks like they're doing a pretty good job. 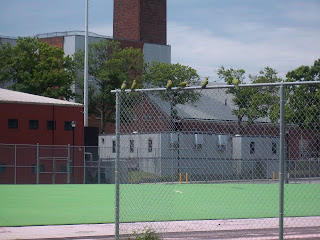