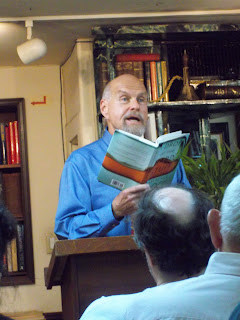 Lawrence Block read to a packed house last night at Partners and Crime mystery bookstore in New York City last night. Every seat was filled, and there was even a number of people standing in the back that had piled in to hear Block read from his latest Matthew Scudder novel, A Drop of the Hard Stuff. I reviewed the novel last month, and it's an astoundingly good book (no surprise there), and I was pleased to see so many people come out to support the author.

Block began by reading from the second chapter of his new book. As he remarked, it was the first time he read the second chapter...to an audience, that is. Block added the last bit after both he and the audience chuckled at the author's joke that he had never read it at all. So far on the book tour, he had only been reading from the first chapter, and since this was his second NYC appearance to support the book, he decided to continue where he left off. Block's baritone voice is rich and resonant, and it fits his prose style perfectly.

After the reading, Block took questions from the audience, who was enthusiastic and had a lot of questions to ask the author. Among the topics of conversation were writing about New York City, Block's upcoming Hard Case Crime novel Getting Off and its open pseudonym "Jill Emerson," a fond reminiscence about Donald Westlake, and this funny tale about a lost "story." At a recent reading on the West Coast, bookseller and collector Lynn Munroe approached Block with an issue of Dapper magazine from 1967 (I think it was) that had a story of Block's. Block didn't remember writing it, so he took it home and looked it over. He vaguely recalled the twist, and nothing about its style screaming out that he didn't write it (but nothing screamed out that he did, either), but eventually he reckoned the story must be his...except he was never paid for it. 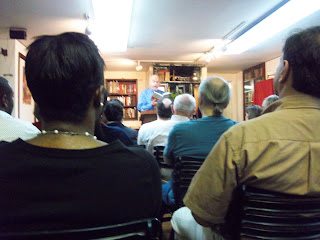 Block figured out what happened. He must have given the story to his agent in the early 1960s to sell to Alfred Hitchcock Mystery Magazine. When it didn't sell, the agent tried it elsewhere. Meanwhile, Block changed agents. That, however, didn't deter the agent from keeping the story on the market. When the story finally did sell, the agent pocketed the money. 44 years later, the truth comes out!

After the Q&A, Block signed books. While I was getting mine signed, I asked Block a question I had on my mind for a while. Had he ever written any Westerns? Sadly, the answer was no, Block never wrote any Westerns. He did, however, recommend that I read Loren Estleman and Brian Garfield. I just happened to have a copy of Garfield's Gun Down in my bag, so I took it out to show him and he seemed to get a kick out of that. Then I asked him about the poker games with Garfield and Westlake and he said they were lots of fun. When I asked who won most of the time, he said it usually evened out over the course of the week.

Thanks for Partners and Crime for hosting such a wonderful event. If you're ever in the city, be sure to drop by the bookstore and say 'Hi' -- and don't forget to pick up a book, too! It's a great gang of booklovers that run the store, and they're very friendly and always have good recommendations.

Here are some more pictures from the event. 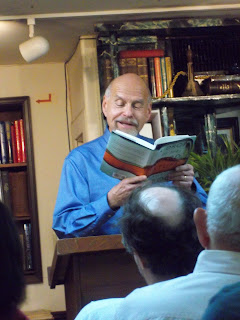 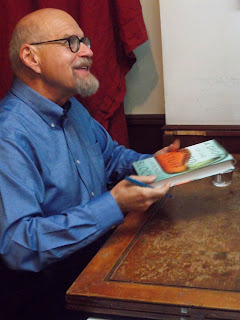 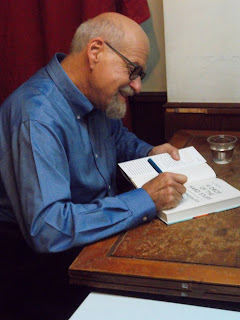 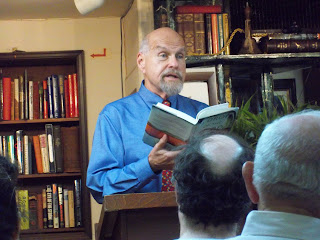