"A Drop of the Hard Stuff" by Lawrence Block (Mulholland Books, 2011) 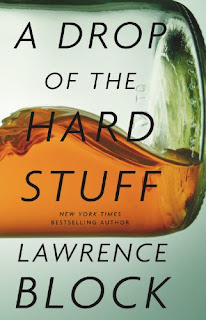 Confession: series novels intimidate me. Particularly when they’ve been around for over three decades like the Matthew Scudder novels, and especially when they’re written by a legend like Lawrence Block. Which one do I start with—do I have to go in order—can I ever catch up? Having only read the first in the series, Sins of the Fathers (from 1976), I took a leap and barreled headlong into Block’s latest, A Drop of the Hard Stuff. I’m glad I did.

A “drop” only begins to describe how potent A Drop of the Hard Stuff is. Pensive and philosophical, at times bleak, and at others surprisingly warm and human. It’s written with the worldly wisdom and relaxed dexterity that reminds us why Lawrence Block is truly a master novelist. I could pile on adjectives, but they’d not only fail to do justice to his accomplishments, but they wouldn’t befit his lean prose, which doesn’t rely on a thesaurus to make its impact.

The story begins as a late-night reverie between two old friends. Scudder is asked if, had things been different, would he have become a criminal instead of a cop? The question sends Scudder back to his first year in Alcoholics Anonymous, when he ran into a childhood friend, Jack Ellery, who took that other path and became a criminal. Since then, Ellery had cleaned up his act, gone straight, and given up the booze. So why would someone want to put two bullets in his head? As the unlicensed PI Scudder looks into the murder, he sees just how hard the path of redemption was for Ellery—and how much harder it is going to be for himself. 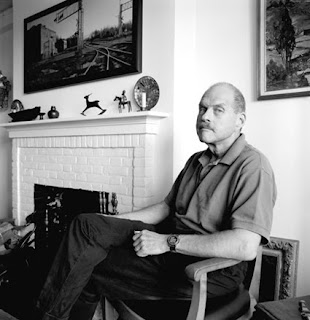 A Drop of the Hard Stuff is hardly about tracking down a killer, however. It’s more about owning up to what you’ve done to yourself and what you’ve done to others. Block calls it “The wreckage of the past.” It’s also about not being able to admit certain things to yourself. Now that he is in AA, Scudder is more preoccupied with alcohol than ever before. He thinks he has been sober a year, but his mind is still in the throes of addiction.

Block conveys the anguish and anxiety of addiction as I’ve rarely read before. Alcohol has become something of a cliché in crime fiction, but in Block’s hands it has renewed meaning. The booze feels real, and it feels terrible. There’s nothing romantic about Scudder’s pain, whether alcoholic, romantic, or otherwise—his wounds run deep, and he’s only beginning to realize how deep they run for others. As a police contact tells him, “Scudder, you’ve got no fucking idea what keeps me up nights.”

Maybe Scudder does, and maybe he doesn’t. One of the blessings of A Drop of the Hard Stuff is the ensemble of characters that Scudder comes across, and the brief glimpses Block allows us into their lives—ephemeral, but resonant. In this way, Block is subverting one of the foundational myths of the Private Eye genre, which is that one man can change the world. There’s a fatalistic resolve to A Drop of the Hard Stuff: perhaps Scudder can’t change things, perhaps he can’t make things better for others, and perhaps he’s not as important as he once thought. As one character tells him, “I’m not really the piece of shit the world revolves around….I guess I’m not the prime mover of the Universe. I guess I’m just another drunk.” A depressing thought, but one that Scudder himself wrestles with throughout the book. 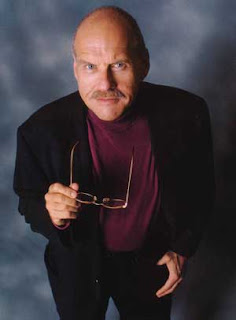 There’s a philosophical undercurrent to Scudder’s investigation. Much of the novel is about negation and absence. Scudder is not hired to find the murderer, but to clear those who are innocent off a list. Similarly, he is told that his first year in AA is not about making change—it’s about not making any changes to his life, at least until that first year is up. As he is also told, it isn’t the 12-step program that keeps him sober—not drinking does. And even if something isn’t there anymore—be it booze, a loved one, an enemy, a friend, or a total stranger—its absence can still effect a powerful presence. Cultural and personal memory is like that, sometimes, and the past is never completely gone.

The other philosophical aspect to the book is the question of fate, and of our power to enact change in our own lives or in others. Scudder frequently asks himself, “Did everything always work out the way it was supposed to?” A character half-jokingly tells Scudder, “I have a choice. But have I got a choice what choice I make?” The whole premise of the story is based around this idea: could Scudder have become a criminal even if he wanted to? Implicit in this inquiry is the fate of his future: can he stay off the booze and get his life back on track?

Nostalgic but never sentimental, A Drop of the Hard Stuff is a trip down all of memory’s lanes—the good, the bad, the regretful, the fond. Echoing the changes in Scudder’s personal life is the incessant metamorphosis of New York City, which changes in front of one’s eyes before they’ve even noticed. Restaurants and bars come and go, people move to new neighborhoods, they change partners, their personalities evolve…and sometimes they don’t, as Scudder discovers. Some things never changes, and some people stay the same all along. A pothead he meets has been stuck in his 20s for over twenty years. And a killer is always a killer.

A Drop of the Hard Stuff is as rich and rewarding as it is devastating—and I mean that in the best way possible. If you haven’t read any of the Scudder books yet, this might be the perfect way to introduce yourself to one of crime fiction’s most enduring characters.

A Drop of the Hard Stuff is available May 12 from Mulholland Books.

Here are some of my favorite lines from the book:

“What did I ever do that was good? Well, St. Peter, once time I could have stolen the gold from a dead whore’s ears. But I restrained myself.”

“You don’t die all at once. Not anymore. These days you die a little at a time.”

“My impression,” I said, “was he wasn’t the type to kill himself.” “Everybody’s the type,” he said. “The miracle is there’s so many of us who never get around to it.”

“Be careful what you say, because people are going to change the words around on you, and go on quoting them long after you stop believing them yourself.”
at March 15, 2011