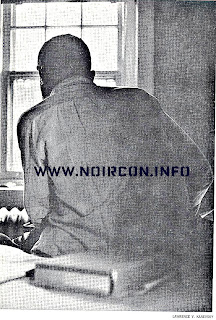 Critical Perspectives is an on-going series that examines reviews of classic books when they were first published.

When David Goodis died in 1967, none of his own books were in print. He was 49. A little over four decades later, his work is alive as never before. Many (but not all) of his works have been reprinted, and now many are even reappearing as ebooks. His downtrodden, melancholic voice is among the most distinctive of the paperback novelists of the 1950s. Because he is considered one of the preeminent noir writers, Goodis seemed like a perfect candidate for the Critical Perspectives series.

It's interesting to note that Down There, today Goodis' best known work (largely because of Francois Truffaut's movie Shoot the Piano Player), was not reviewed in any of the major publications. However, his first novel, Retreat from Oblivion, which has never been reprinted in America, was reviewed twice. His last novel, Somebody's Done For, which I consider one of his best, was not reviewed at all by any of the major newspapers.

Many of the reviews are hesitant with their praise, while others are downright negative. Only a few are wholly positive. Judging by these reviews, one wouldn't imagine that over half a century later Goodis would be as revered and respected as he is today.

Retreat from Oblivion: "Yes, it is unfortunately realistic, typical of a certain stratum in American life, and faithfully written in the jargon of that stratum. If the artistry is judged conscious, it is a good piece of work. If not, it is utterly insignificant, proving nothing but that the stratum does not offer a pretty picture." -"E.B.", New York Times, 16 July 1939

Retreat from Oblivion: "There is a good deal of drinking and beating up of men and women on this side of the two oceans and some synthetic fighting across them." -Rose Feld, New York Times, 16 July 1939 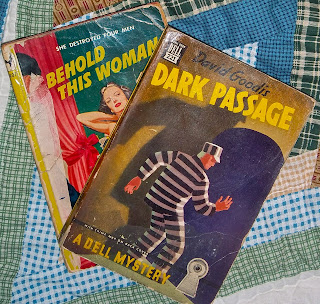 Dark Passage: "It is hard to believe that anything new can be thought of in mysteries, but David Goodis has thought of it. His story of a guiltless man faced with the task of proving his innocence is handled with originality and brutal cynicism." -The Washington Post, 3 Nov 1936

Dark Passage: "Even when these details appear to have no connection with the story, they have the odd effect of heightening the suspense." -Isaac Anderson, New York Times, 20 Oct 1946

Behold This Woman: "Seemingly written at top speed, with no time wasted on details, the novel mounts to a crescendo of physical violence and emotional conflict. Mr. Goodis' story, florid in style and sketchy in continuity, attempts more than the reader can cope with. The action is sufficient for half-a-dozen books – but as a portrayal of an egocentric, sadistic woman the novel requires several more grains of truth to achieve the flavor of conviction." -Lawrence Dodd, New York Times, 9 Nov 1947

Nightfall: "There is much Freud in the air, much Faulkner in the sentence, much Hemingway in the talk. But any way you slice it, it's the old chase again." -Seymour Krim, New York Times, 11 Jan 1948

Nightfall: "The tension is high, and David Goodis writes very well. My own chronic inability to keep up with all the moves made the omniscience and ingenuity of the hunters a bit baffling." -Angela Milne, The Observer, 26 Sept 1948 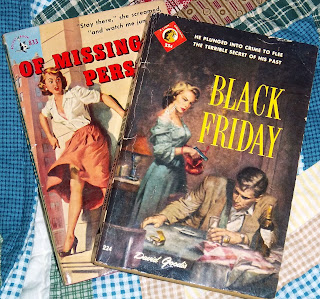 Of Missing Persons: "The first fifty-odd pages of this fine story are so slow that you may have to fight your way through them. From then on, you'll be held in the grip of a chase which has had few equals this season for tension and suspense." -Elizabeth Bullock, New York Times, 14 May 1950

Of Missing Persons: "Dramatic and realistic tale of convincingly scrupulous police captain on a tough job." Chosen as one of the "Best Mystery Books of 1950." -Drexel Drake, Chicago Daily Tribune, 3 Dec 1950

The Wounded and the Slain: "The book is refreshing and absorbing for the author has a way of shifting his scenes and thought sequences in movie-like fashion… The author, who spent weeks around the streets and alleys of Jamaica to get background for his book, gives an interesting, fair description of the people there and the conditions which exist… 'The Wounded and the Slain' with its bizarre and even cruel passages is different, unusual and interesting." -Audrey Weaver, The Chicago Defender, 3 Dec 1955 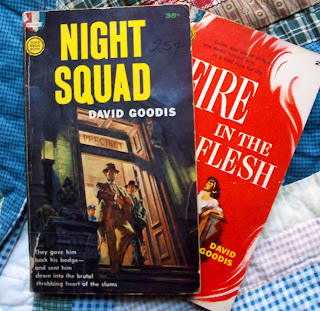 Fires in the Flesh: "A little too pat, the book has a good deal of harsh power, strong narrative movement and flashes of a curious black humor." -Anthony Boucher, New York Times, 1 Sept 1957