NoirCon is only six weeks away! From November 4th-7th, Philadelphia will be drawing Noir aficionados from around the globe. Writers, fans, publishers, and scholars will gather to share their knowledge and passion for all things Noir. Pulp Serenade will be attending and reporting on the numerous panels and events, including the screening of Larry Withers' documentary, David Goodis: To a Pulp.

Registration is still open! To help celebrate the event, NoirCon's Lou Boxer was kind enough to answer a few questions for Pulp Serenade.

Pulp Serenade: How and when did NoirCon first begin?

Lou Boxer: NoirCon evolved from GoodisCon. Goodiscon took place in January 2007 which coincided with the 40th Anniversary of Goodis’s death (January 7th, 1940). The seminal conference dedicated to David Goodis and his fiercely, existential writings ushered the birth of NoirCon 2008 and NoirCon 2010. NoirCon is dedicated to the spirit of David Goodis and honoring those who carry on his style of writing – saluting the anti-hero and the everyman down on their luck.

PS: About many people do you expect to attend this year?

LB: The conference continues to grow from year to year. We expect on the order of 100 to 150 Noir fans this year from all over the country and the world.

PS: George Pelecanos is receiving the David L. Goodis Award. Could you describe the honor and say a few words about how he carries on the Goodis tradition?

LB: The David L. Goodis Award is given to that writer in recognition for his or her contribution to Noir Literature in the spirit of Philadelphia’s native son, David Loeb Goodis. Like the archetypal writing of David Goodis, Pelecanos pulls back the stained sheets of that part of society we are to quick to dismiss. He catalogues the torments, the struggles and the tribulations of the common man in a way that leaves you saying, “Hey, that guy is me or that guy could be me.” Pelecanos is the real deal.

PS: Charles Benoit is this year's Master of Ceremony and Joan Schenkar is this year’s Keynote Speaker. For those unfamiliar with their work, do you have any favorite books of theirs that you could recommend?

LB: Charles Benoit appeared on the scene in 2004 with Relative Danger (Poison Pen Press, nominated for an Edgar). Relative Danger is a fresh, brash adventure of an unemployed Doug Pearce from Pottsville, Pennsylvania. Given the job of solving the mysterious death of his uncle, Pearse takes on an incredibly rich and vibrant tour of Southeast Asia. In 2006, Benoit takes us to India in Out of Order. Murder, mystery and a damn good adventure is to be had. 2010 has taken Benoit into Young Adult market with his book entitled You (Harper Teen). You will not be disappointed by any of his books.

Benoit’s unusual charismatic and vivacious personality is infectious. Prepare to be engaged, challenged, and dazzled. You will not soon forget this one man show. 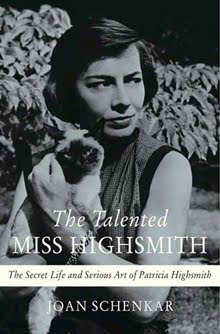 Joan Schenkar's The Talented Miss Highsmith: The Secret Life and Serious Art of Patricia Highsmith (St. Martins Press) (finalist for Edgar Allan Poe Award, the Agatha Award, and the Publishing Triangle Award, and winner of the 2010 Lambda Award) will take you into to the mystery world of one of darkest female writers of the post-modern age. Not to be missed. The Talented Miss Highsmith must be savored slowly for Schenkar tells a tale like no other.

PS: Johnny Temple is the Recipient of the Jay and Deen Kogan Award for Excellence in Publishing. Could you say a few words about the award and some of Johnny's accomplishments with Akashic Books? 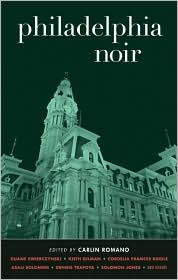 Johnny Temple and Akashic Books, like the Kogans, strives to provide the exceptional in Noir Literature by publishing some of the finest quality books today. Akashic is Sanskrit for “Hidden Knowledge” and Temple is the master for making that knowledge available for all to see and to read. Akashic Books' Noir Series encompasses Noir tales form all over the United States and the World. We are proud to have Philadelphia Noir and some of its contributors will be on hand to launch the book at NoirCon 2010.

PS: And now for a few questions about yourself. When did you first get interested in Noir?

LB: My interest in Noir began when I was in fifth grade. I was immediately drawn to a book entitled The Secret of the Crooked Cat (#13 in The Alfred Hitchcock and the Three Investigators series). Once bitten, I could not stop myself from reading the masters. Hammett, Chandler, Poe, Woolrich, Thompson and the list goes on. I have been reading ever since and collecting books for the last 38 years.

PS: What book (or books) most perfectly embody Noir for you? 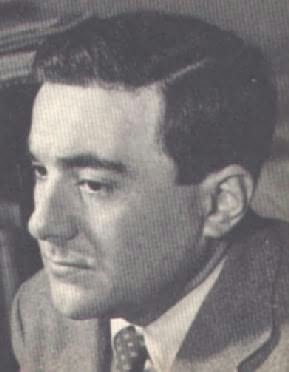 PS: David Goodis is central to NoirCon -- what is it about his work that makes it so everlasting?

LB: It is the purest, most unadulterated writing. It cuts right to the bone like a jagged knife. Goodis wrote for the sake of writing. He had a story to tell and he told it. He lived his life the way he wanted and answered to no one. Things were not always easy for him. His stories were extensions of his personal life. Goodis tells the day-to-day struggle of the guy down on his luck, trying to make it through one more day of hell, knowing the next day will be no better than the one before.

“After a while it gets so bad that you want to stop the whole business. You figure that there’s no use in trying to fight back. Things are set dead against you and the sooner you give up the better. It’s like a mile run. You’re back there in seventh place and there isn’t a chance in the world. The feet are burning, the lungs are bursting, and all you want to do is fall down and take a rest.” (Retreat from Oblivion by David Goodis at the tender age of 22!)

PS: What books are you reading right now?

LB: Windward Passage by Jim Nisbet; Boxer Beetle by Ned Beauman; You by Charles Benoit; Beatrice and Virgil by Yann Martel; Cutting for Stone by Abraham Verghese; Mountains Beyond Mountains by Tracy Kidder.

PS: Lastly, if someone hasn't made up their mind about attending NoirCon yet, any final words to help change their mind?

LB: Mid-term elections are shaping up to be a time of great confusion, darkness and unhappiness. Whether you are a member of the Tea Party or a free wheeling liberal democrat, NoirCon will be one conference that will be 100% bipartisan. Everyone is a winner at NoirCon 2010 no matter how the hanging chads are counted.

NoirCon is a symposium and it can be defined as:
1. A conference or meeting to discuss a particular subject (NOIR)
2. A collection of essays or papers on a particular subject by a number of contributors (NOIRCON Program)
3. A drinking party or convivial discussion, especially as held at the Society Hill Playhouse in Philadelphia, Pennsylvania over a weekend in November 2010, where all participants have the privilege to participate.
4. A chance to revel and reflect upon the memory of David Thompson, Noir Aficionado extraordinaire, the heart and soul of Murder By The Book, taken from this band of wayward souls way to soon. He was loved and he will not be forgotten.

“…years down the pike, the boast will be: ‘NoirCon 2010, I was there,” - Ken Bruen
The question is will you? Register today at www.NoirCon.info
Posted by Cullen Gallagher at 11:17 PM