For all you Western fans out there, my friend Jenny Jediny and I have organized a feature over at Not Coming to a Theater Near You called "Women of the West." It focuses on the role of women in the Western both on-screen and behind the camera. The series covers films made between 1917 and 1995. For the next three weeks, we will be posting a new review everyday, so be sure to check back often for updates.

The first review went up today, and it is one that I wrote. 49-17 was made in 1917, and is the first Western feature film to be directed by a woman, Ruth Ann Baldwin. It was recently released on DVD by Kino – a nice piece of cultural history that is also very entertaining. It tells the story of an old gold miner who has gotten tired of living in the East and wants to rebuild his old settlement out West, while secretly looking for the long-long daughter of his former partner who is due to inherit her father's fortune.

Below I have posted a few stills from the film for your enjoyment. 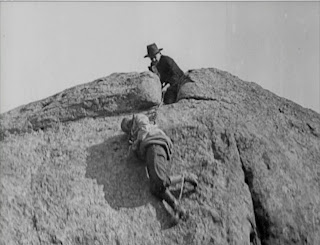 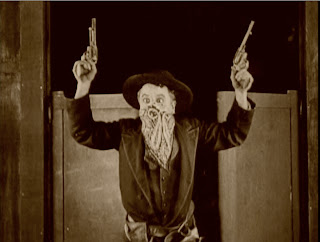 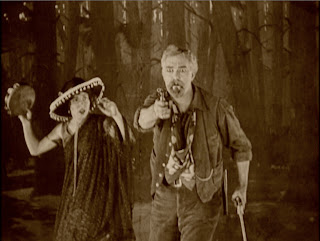 Posted by Cullen Gallagher at 3:42 PM

Email ThisBlogThis!Share to TwitterShare to FacebookShare to Pinterest
Labels: Women of the West