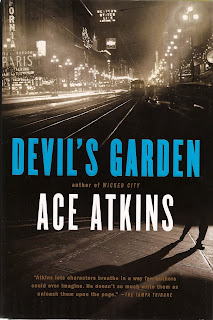 Moviegoers have had a long, ardent, and arduous relationship with movie stars. At first the players were just faces on screen – objects captured by the camera. Soon they became known by their respective film company, such as “The Biograph Girl.” Companies were reluctant to put a name to a face, less the actor gain more prominence and popularity than the studio. But by the second decade of the twentieth century, names like Mary Pickford began gracing the screen, as well as also posters and magazines. An image of purity – and audiences adopted her as a patron saint of cinema. The bond between moviegoer and movie star grew more intimate, intense. The faces on the screen became larger than life, god-like, almost. A more perfect version of your or I. The mysterious death of young starlet Olive Thomas while on vacation Paris in 1920 was the first casualty – not only did it prove the vulnerability of these projected “idols,” but raised questions about their life off the screen. Was it suicide? Murder? What really happened behind closed doors?

In 1921, the doors were busted wide open when actress Virginia Rappe attended a party in San Francisco thrown by Roscoe “Fatty” Arbuckle and wound up dead. The debauchery and perversity once kept behind closed doors was now on the front pages of newspapers across the country.

Reading Ace Atikins’ meticulously researched Devil’s Garden is to experience all the joy and excitement of a watching a pristine restoration of a silent film – he sheds light on previously unknown areas of history, and pulls into focus some of the most lingering questions of film history. Why was Virgina Rappe at the party? Why was the autopsy conducted without proper authorization? Why was she at the party? What interaction did she have with Fatty? 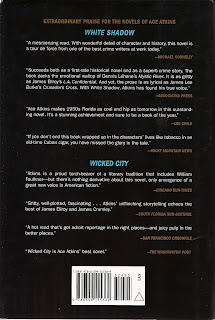 History is almost too good to be true – but, thankfully, it is. The Pinkerton detective assigned to investigate Arbuckle’s case was none other than Dashiell Hammett. This coincidence concerning the master of detective fiction is as fortuitous as it is potentially disastrous. To his credit, Atkins doesn’t rest on readers’ preconceptions of Hammett “the writer,” and instead crafts a living and breathing portrait of a man grown contemptuous of his job, his family, and the world around him. Atkins gives the same amount of intimate consideration to all of the other personalities in the novel – Arbuckle, William Randolph Hearst, and Marion Davies (to name just a few) come off as convincingly realistic, and not obvious caricatures of celebrities.

The events of history may have already been determined, but it is the writer’s task to not only reconstruct them, but to imbue them with the same propulsive energy that sparked them initially. And this is exactly what Atkins gets right. Raymond Chandler famously wrote, “Hammett gave murder back to the kind of people that commit it for reasons, not just to provide a corpse.” Reading Devil’s Garden, it seems as if Atkins took this as his credo, as every action and inaction, every speech and silence, carries both urgency and conviction.

As always, a few of my favorite lines from Devil’s Garden.

“The air was thin and cold, and the only sound came from electric fans blowing away the heat from the stage lights. But there was a feel to the set, the props became real in shadow, and, in the camera’s eye, everything came into focus.”

“You’re only somebody if you get your picture made and people pay a nickel to take a look. The rest of us are just deadbeats.”

“Just then, the fox coat dropped to the floor at the feet of the long-legged woman and a 12-gauge shotgun appeared in her delicate hands, which slammed out two cartridges into the plaster ceiling, killing the music and cuing the screams.”

“The old women spat on him and whispered, murmured, sound like the summer buzzing of insects high in the trees.”

“He twirled the end of his mustaches like a one-reel villain.”

“I like a city where you can walk and get to know the neighborhoods and back alleys. A real city you can know on your feet.”

“I only wanted to touch her… But when I touched the light, the light from the projector, I felt nothing at all, not even warmth. Why is that?”
at April 13, 2009