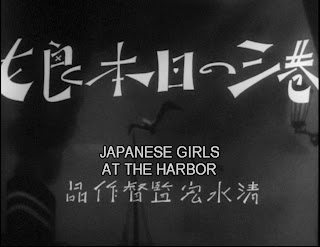 This week’s selection for Movies for Monday is an exciting new discovery: Hiroshi Shimizu’s Japanese Girls at the Harbor (1933). Never before released in America, it is having its DVD debut tomorrow as part of the Eclipse box-set Travels with Hiroshi Shimizu. Unlike his contemporaries Yasujiro Ozu and Kenji Mizoguchi, Shimizu has had almost no exposure here in America, which makes this DVD release all the more exciting.

Japanese Girls at the Harbor tells the story of Sunako, a high school girl whose boyfriend, Henry, has taken up with another woman. In a moment of uncontrollable jealousy, Sunako shoots the other woman and flees to another town where she becomes a prostitute. But life goes on: Sunako lives with an unemployed painter, and Henry is involved with an old friend of Sunako’s. Though separated, neither has forgotten the other – but how will they feel if they were ever to meet, and how would it affect their lives?

The influence of American gangster films (particularly Josef von Sternberg’s silent classic The Docks of New York) is evident in the iconic use of dark shadows, and filming through bars and lattices to evoke the feeling of being trapped. Yet the film hardly feels like a facsimile of the noir style: the lyrical beauty of the exterior scenes shot on-location bear no resemblance to the studio-set films from Hollywood. And for all the melodramatic potential in the plot, the movie is more poetic than action-packed, with Shimizu paying more attention to daily minutiae and environment.

Eclipse’s restored DVD is stunning and really captures the beauty of Shimizu’s compositions. Here are a few of my favorite scenes. 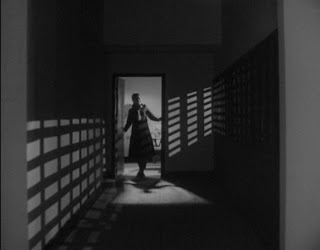 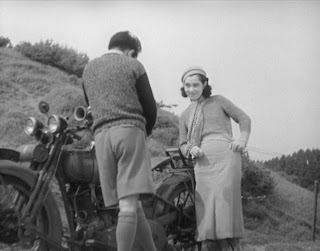 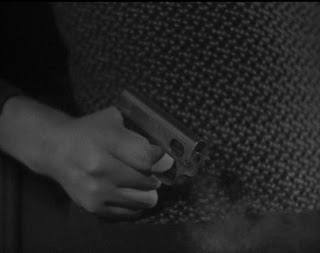 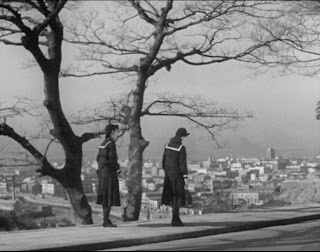 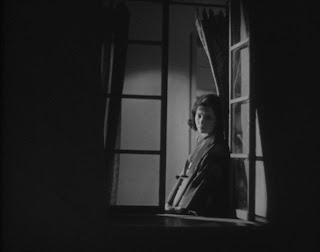 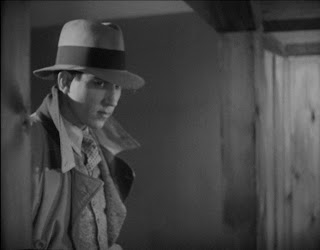 Eclipse’s page on the Travels with Hiroshi Shimizu box-set

Strictly Film School’s review of Japanese Girls at the Harbor

“Hiroshi Shimizu: A Hero of His Time” by Alexander Jacoby (Senses of Cinema)
at March 16, 2009